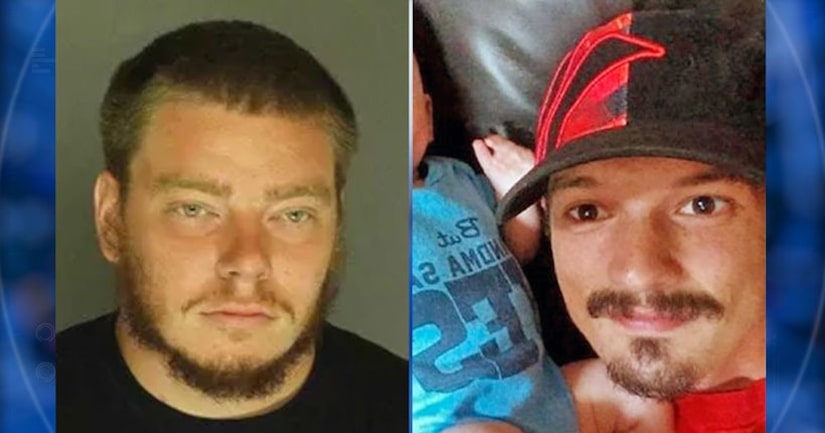 HELLAM TOWNSHIP, York County, Pa. -- (WPMT) -- Police in York County say a homicide suspect was kicked out of a bar before shooting and killing a patron in the parking lot.

It happened around 1 a.m. Saturday at the Red Rose Restaurant and Lounge in Hellam Township.

Police were called to the establishment for a shooting, where they found a man lying on the ground with a gunshot wound to the chest. The victim was later identified as 24-year old Chad Merrill, of Windsor.

Witnesses inside the bar told officers just prior to the shooting, Saylor had an argument with a friend of Merrill's, Jerrell Douglas. Douglas, who is African-American, was called racial slurs by Saylor. After this, Saylor was removed from the bar.

Surveillance video from the Red Rose Restaurant and Lounge showed Saylor being kicked out of the bar, walking toward his pickup truck and shooting one round at the building.

The video went on to show Chad Merrill walking outside in the direction of Saylor's truck, and then Merrill falling to the ground.

Saylor then tried to drive out of the area, when he collided with a Mazda sedan. After hitting the car, he fled west out of the parking lot. The driver of the car was able to give information to police.

Saylor's truck was later found parked outside his home on Winters Road in Lower Windsor Township. The truck had damage to the front driver's side bumper, which was consistent with the damage incurred by the Mazda.

Saylor was taken into custody and is being held at York County Prison.

Chad Merrill was pronounced dead at York Hospital at 1:50 a.m.; an autopsy will be performed on Monday.

Hellam Township Police continue to investigate and ask anyone with information to contact them at (717) 252-3714.

FULL STORY: Police: Homicide suspect made racial slurs; was thrown out of bar before shooting - WPMT