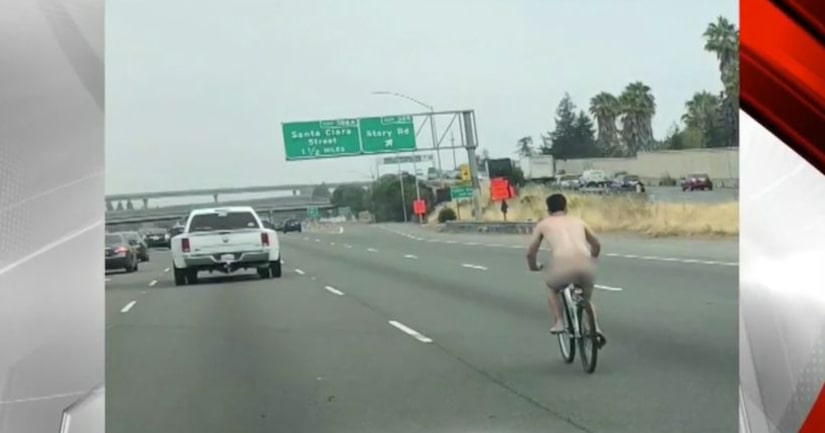 A photo posted to Twitter shows the man riding in the northbound lanes just before Story Road.

It happened sometime during the morning commute hours.

CHP says they got multiple calls reporting the naked man at around 9:30 a.m.

You can see from the picture that he's riding in a lane of traffic.

While these pictures might be funny to look at, naked or not, riding a bike on a freeway is dangerous.

At the time, officers in the area were tied up with a medical emergency so the naked rider was gone when they got on scene.

They are now are asking anyone with information to give them a call.