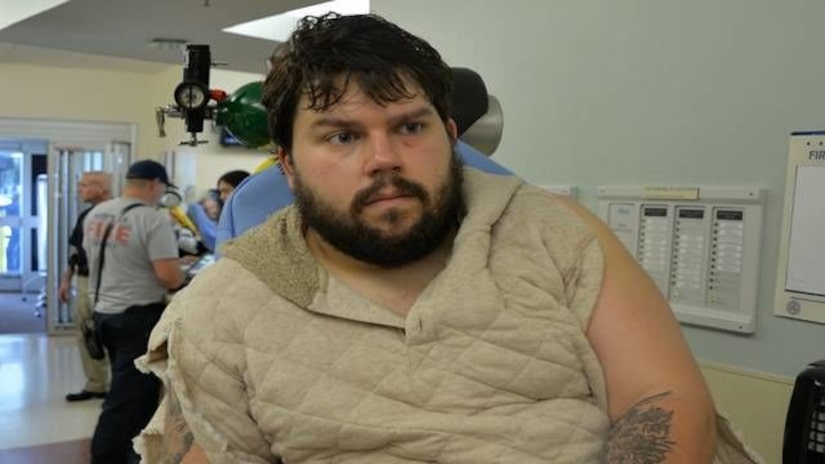 APOPKA, Fla. -- (WKMG) -- A man accused of strangling his former roommate hid in a closet the night before the murder as part of a plan to stage a home invasion to scare the woman then come to her aid, according to recently released documents.

Asgeirr Ulfr is facing a first-degree murder charge in connection with the death of 20-year-old Christina Danielle Scarr, who was found partially naked with duct tape covering her face and binding her wrists to the bed at her Apopka home on April 6.

It was Ulfr who called 911 that day and said that he went to the home on Gina Court, where he once lived, to drop off a storage key and found Scarr -- who went by the nickname "Nelly" -- dead, according to the Seminole County Sheriff's Office. Deputies said Ulfr claimed that his arrival at the home scared off a home intruder, who shot him in the foot before fleeing the scene.

An audio recording released Friday by the 18th Judicial Circuit State Attorney's Office showed that Ulfr kept up that story when he spoke to investigators at an area hospital the same day as the slaying.

"I saw her on the ground and I said, 'Oh my God, oh my God, Nelly. Are you OK?' and that's when the person came out of the bathroom and had a gun to me," Ulfr said in the recording. "So I put my hands up and dropped my crutches and started walking backward and they kept walking toward me with the gun up and I felt like they were going to shoot any minute."

Ulfr was not crying in the nearly two-hour recording, nor was his voice shaking.

Documents show it wasn't until after that interview that Ulfr admitted the home invasion story was a ploy. His sister said she was in the car with him after he left the hospital when he called an attorney and confessed to killing Scarr.

"It wasn't supposed to happen like this. It was an accident," Ulfr's sister said he told her.

Ulfr's sister told investigators that she listened as he explained to an attorney on the phone that he broke into Scarr's house the night before and hid in a closet until the next morning as he waited for the man she was dating to leave the home.

Once Scarr was alone, deputies said Ulfr put on a disguise and attacked her from behind. She aggressively fought back, scratching at Ulfr in an attempt to stop him from choking her, according to documents.

"He said she was fighting so hard that he punched her in the face and the stomach and the sides a couple of times to try to stop her from fighting so hard," Ulfr's sister said in a recorded interview.

Officials said Ulfr bound Scarr with duct tape to keep her from fighting back. He cut her hair off because it kept getting in the way when he tried to duct tape her mouth, the report said.

Ulfr's sister said that once Ulfr realized Scarr was dead, he used alcohol to clean under his fingernails then took some clothing and other evidence and disposed of it in a Dumpster at a nearby McDonald's. He then returned to the home, shot himself in the foot and called 911, deputies said.

The woman said that Ulfr told her that his original plan was to use a disguise to pretend to be an intruder to teach her some sort of lesson, then he was going to take the disguise off and save Scarr so he could look like a hero.

Recently released video and photos from inside the Apopka home after the murder showed the living room was disheveled and a gun on the ground near a sliding glass door.

Witnesses interviewed by authorities said that Ulfr claimed that he and Scarr had been involved in a romantic relationship, but she repeatedly said that wasn't true. Friends and family noted that Ulfr was extremely jealous and had threatened Scarr in the past, according to documents.

The recently released documents also show that Ulfr had been committed to mental health facility on more than one occasion and that in the past, he sat on a family member's 18-year-old cat until the animal died.

Ulfr is being held at the Seminole County Jail without bond. 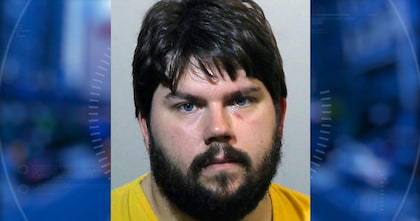 Woman killed by ex-roommate was found duct-taped to bed: deputies