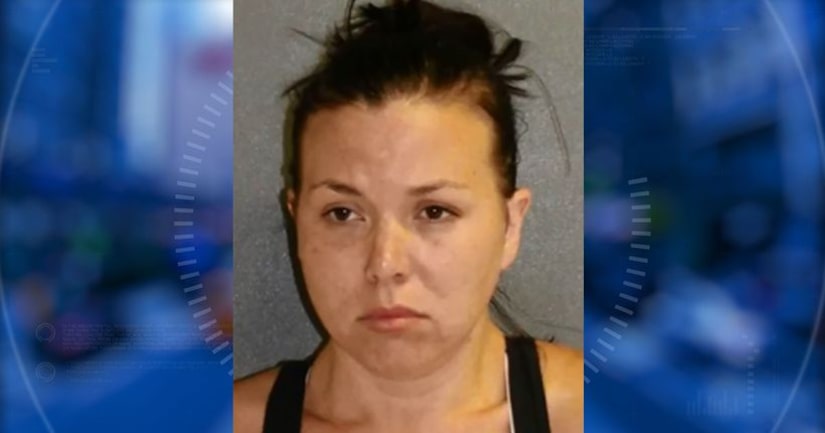 VOLUSIA COUNTY, Fla. -- (WKMG) -- A woman accused of forgetting her baby in a parked car was sobbing and hysterical when she realized what happened.

Body camera video released by the Volusia County Sheriff's Office showed deputies at a shopping center on Enterprise Road in Orange City around 3:15 p.m. Tuesday responding to a call about an 8-month-old boy alone in the backseat of a Nissan Rogue.

Good Samaritans got the child out of the unlocked vehicle before temperatures inside the cabin got too high, authorities said.

"The baby's fine. He's not crying, he's breathing. Everything's fine with the baby," a witness told a 911 operator.

Deputies said 24 minutes passed after that 911 call before Meagan Burgess, 33, returned to the vehicle.

Video shows the woman sobbing, shaking and pacing as she speaks with witnesses and first responders. Her first words: "Is he OK?"

She hugs a witness when she realizes the infant is uninjured.

"This is the biggest mistake of my life," Burgess says in tears, with her arms wrapped around the woman.

As the woman tries to comfort Burgess, she tells her that she works as a nurse and never understood how something like this could happen.

"I work in the emergency department, I'm a nurse and, like, I hear these stories. I have four kids and I always think how could that possibly happen," Burgess says.

A deputy investigating the case is quick to reply.

"Well, it happened," the deputy says.

Burgess told authorities she had dropped off several other children with a family member and thought the baby boy was with them, according to a news release.

Burgess was arrested on a child neglect charge.

FULL STORY: 'This is the biggest mistake of my life:' Woman sobs after forgetting baby in car - WKMG