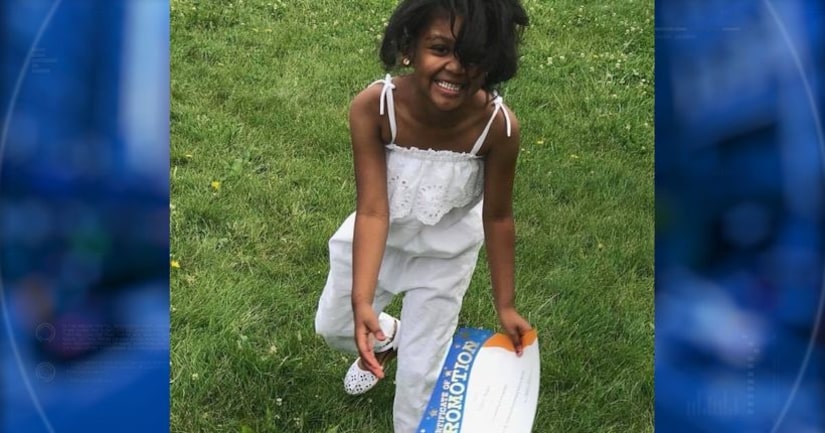 Taylor was shot on July 5 at around 2:30 p.m. in the 500 block of Lyndhurst Avenue in the city's Edmondson Village area.

Interim Police Commissioner Gary Tuggle said in a press conference on July 6 that Taylor was in the backseat of a Honda Accord with another child when gunshots were fired. Police believe the car was targeted and the driver, 33-year-old Darnell Holmes, was arrested after drugs and a gun were found in the car after the shooting.

Tuggle said that Taylor is not related to Holmes. Her family told FOX45 she had gone to an amusement park with Holmes and her child.

Detectives are searching for a white, 4-door Mercedes Benz that was in the area at the time Taylor was shot, Tuggle said.

Police are asking anyone with information to call detectives at 410-396-2100.