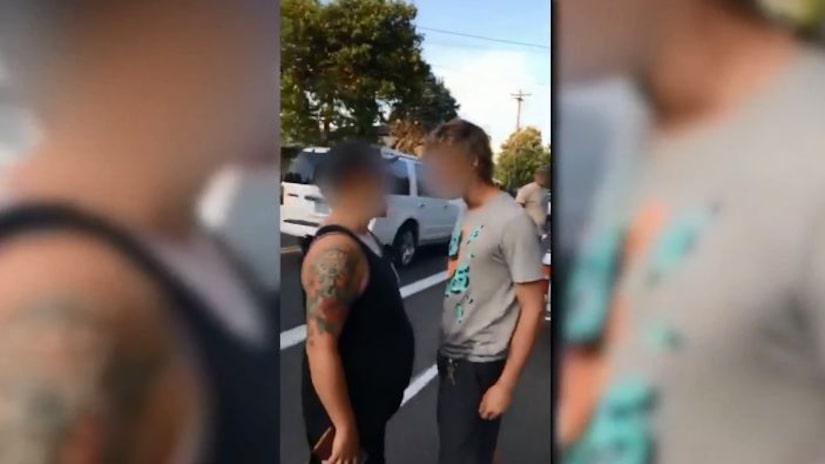 PORTLAND, Ore. -- (KABB) -- A lesbian couple in Portland, Oregon were the target of a man's hate-filled rant on Sunday.

It was caught on camera.

The couple are not only upset by that language -- but say police did not help.

Riddled with hateful language -- it's the video so many are talking about -- this encounter if you will -- playing out in southeast Portland.

Fielding those threats -- is Trudy Dragoon.

"They all got out of the truck, drunk, and he started screaming d--- at us so I walked across the street to confront him because I'm just done with it,” Trudy Dragoon said.

"He started threatening violence and so that's when I'm like 'ok, I guess I have to record this in case something happens,” said Wendy Dragoon.

"You're crazy. You should be really embarrassed of yourself,” Trudy Dragoon said.

"Tell her to keep walking!"

The video ends there.

"Tru was saying 'What can I do? Is there anything I can do?' And he said 'Not until he actually physically assaults you, there's nothing that can be done,” said Wendy.

That upset the couple even more -- and while we were talking to them today that same cop and a supervisor show up -- to begin taking statements after Trudy and Wendy say nothing was done last night.