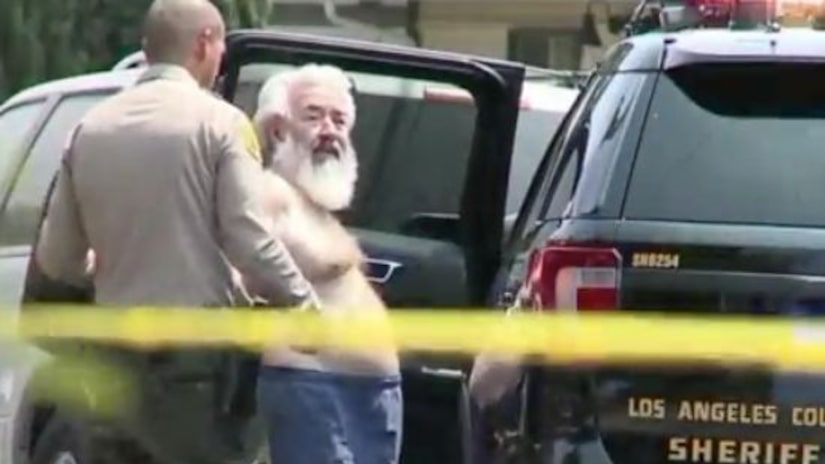 SAN GABRIEL, Calif. -- (KTLA) -- An 80-year-old man has been taken into custody after allegedly shooting his son and wife during a reported domestic dispute on Sunday, authorities said.

Just before 2 p.m., L.A. County sheriff's deputies received a call about a suspicious male in the 6300 block of North Muscatel Avenue. When they arrived to the home, they found a 55-year-old man and 90-year-old woman with gunshot wounds, officials said.

Authorities said both victims are in critical condition and undergoing surgery at a nearby hospital. Meanwhile, the suspect has been identified by sheriff's deputies as Adrian Ness.

Ness is believed to be the husband of the woman shot and father of the man who was shot. He has been booked on suspicion of committing attempted murder with his bail set at $2 million, deputies said.

Some sort of domestic dispute took place at the home, authorities said, though it is unclear what exactly led to shots being fired as the investigation continues.

No further information has been released by authorities.