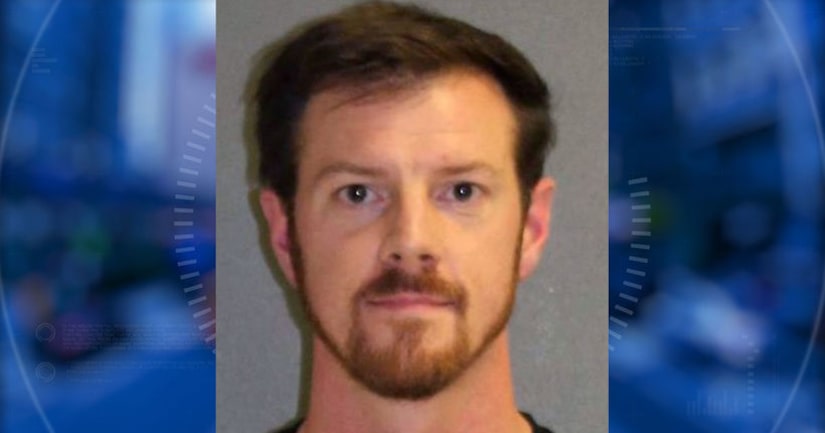 DELTONA, Fla. -- (WKMG) -- A former pastor from Deltona is accused of taking a photo up a woman's dress while she was putting his child in a car seat.

Brian Kenyon Jr., 31, was arrested Friday and charged with video voyeurism. Officials from the Volusia County Sheriff's Office said the victim is a 41-year-old woman who was watching Kenyon's children during a service at the Church of Christ of Deltona. He has since been removed from the church.

Kenyon was a pastor at the church on April 8, when officials said the incident occurred. The victim said when Kenyon returned to his office after the service, he asked her to put his youngest child in a car seat, according to the arrest report. The report said the Kenyon appeared very nervous, which made her uneasy.

Authorities said when she knelt down to secure the child in the car seat, she felt felt skin touch her leg and turned around to find Kenyon on his knees behind her. He had his hand down by the bottom of her dress and was holding his cell phone, with a visible red light, according to authorities.

The arrest report said it was very obvious to the victim that Kenyon had taken a photo up her dress. She did not say anything to Kenyon about the incident at that time.

Deputies said that after speaking with her husband, the victim decided to confront Kenyon along with three other members of the congregation. The arrest report said Kenyon denied taking a photo up the victim's dress and said he instead was trying to take a picture of his child in the car seat and dropped his phone between her legs, brushing her leg as he picked it up.

Kenyon is quoted as saying he had a "pornography problem," but he did not specify further.

During a second meeting on April 19, Kenyon was confronted with the inconsistencies in story and eventually confessed to taking a picture up the victim's dress, according to the arrest report. Authorities said Kenyon referenced scripture and said a "dark moment came over him," and he thought he could get away with it.

Officials said Kenyon never had any unsupervised contact with any children at the church.

Investigators arrested Kenyon on Thursday. He has since been released from the Volusia County Branch Jail on $2,500 bond.