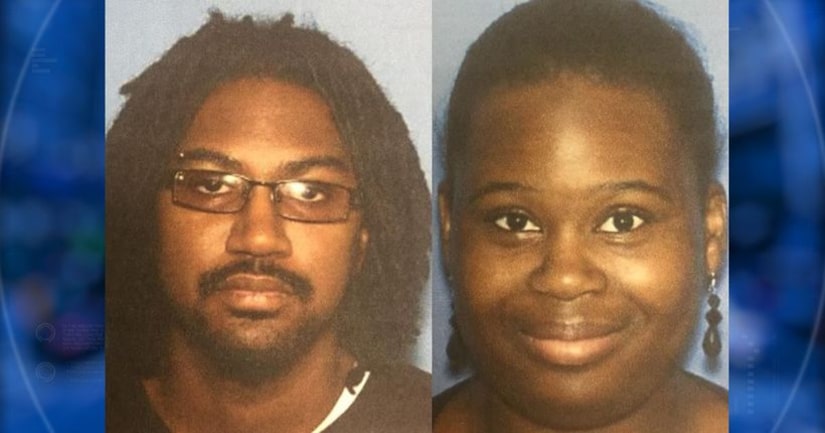 CAMDEN, Ark. -- (WMBF) -- A man and woman face multiple charges after police say a 5-year-old girl was severely abused, poisoned and driven to drink water from a toilet to survive.

Antwan Alvin Davidson, 28, and Janecia Kuame Moore, 27, of Camden, Ark., turned themselves in to police and are charged with attempted first-degree murder, domestic battery and permitting abuse of a minor, according to a news release from the Camden Police Department.

On July 6, hospital officials at the Ouachita County Medical Center reported that Davidson's daughter was in the emergency room with Moore, Davidson's live-in girlfriend, after she fell down the stairs and said her neck was hurting.

However, the medical staff was concerned with the 5-year-old's weight. When officers arrived, they said the child was very "bony" and undersized for her age.

The girl was sent to the Arkansas Children's Hospital in Little Rock for further evaluation.

The preliminary report from medical staff in Little Rock said the child was described as severely malnourished, emaciated and frail with sunken facial features. She was reportedly crying out for food and drink upon her arrival at the hospital.

She told staff she wasn't allowed to drink after 6 p.m. because she "potty's on herself."

Circular burn marks on her upper thighs and bruising were also found on her backside.

When given a sandwich to eat, Moore took it away from her and gave it to her brother and said it was because she ate it too slow. The 5-year-old reportedly told the staff that when she was served Pop Tarts, they were always cold, and her brother gets his warmed up.

According to a news release the girl said when she doesn't eat fast enough, "Daddy throws it in the trash."

The 5-year-old was moved to the Pediatric Intensive Care Unit for severe malnutrition, dehydration and hypothermia. A test showed that her electrolytes were remarkably high for sodium.

Her levels were so high, according to one of her doctors, that she likely could have died or been permanently injured without medical intervention.

The girl told the staff: