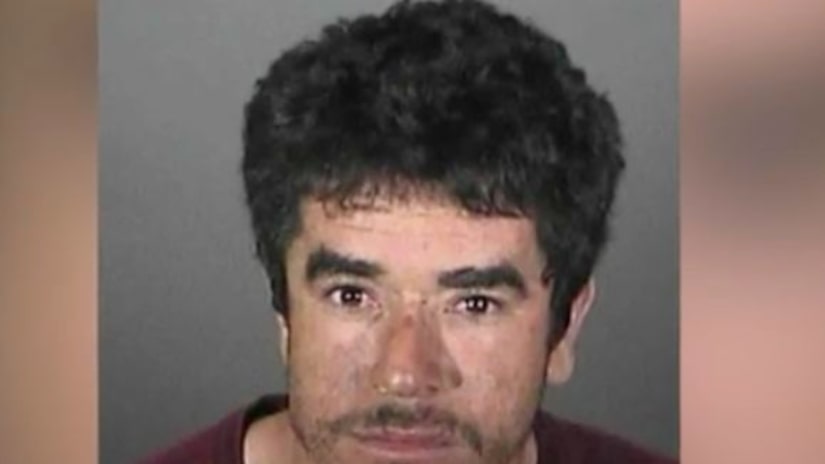 WHITTIER, Calif. -- (KTLA) -- Police were searching for a Whittier man who allegedly attacked his wife with a chainsaw in front of their children then fled on Wednesday.

Officers responded to reports of a domestic violence incident at the couple's home in the 7700 block of Milton Avenue around 3 p.m. and found the woman suffering from traumatic injuries, according to the Whittier Police Department.

Neighbors said the victim ran out of her home, screaming for help.

“I heard people screaming," Enrique Avila said. "A lady said, 'Leave me alone or I'm gonna call the cops.' And then after that, I heard little kids inside the house.”

Fernando Jauregui, another neighbor, said he saw the victim with cuts on face and neck, and losing a lot of blood.

She was taken to a trauma center in critical condition, officers said.

The woman's husband, identified by police as 32-year-old Alejandro Alvarez, allegedly drove away from the scene in his SUV. But he soon crashed that vehicle, then stole a car that was left running in Mayberry Park, officials said.

He was last seen in the stolen 2004, blue Mercury Mountaineer, authorities said. The four-door SUV has a California license plate No. 8ABD233.