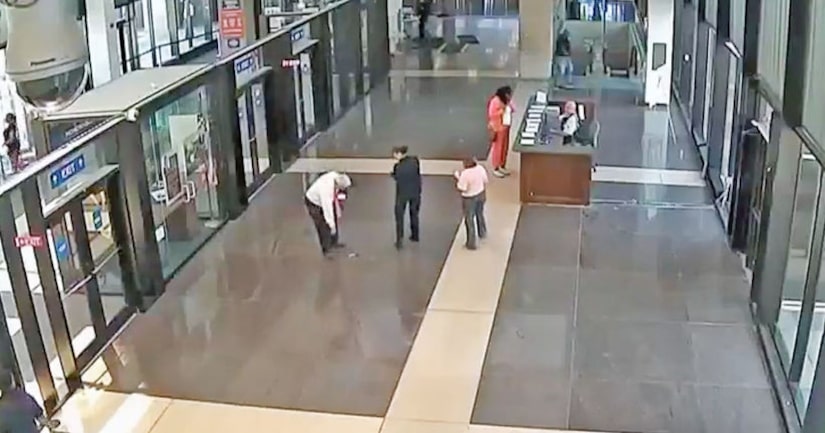 CHICAGO -- (WGN) -- WGN Investigates obtained a video Tuesday that appeared to show a Cook County judge dropping a gun inside a courthouse lobby.

Judge Joseph Claps was walking through the lobby of the Leighton Criminal Courthouse at 26th Street and California Avenue when a gun appears to drop to the ground.

The judge nonchalantly picked it up, put it in his front pocket and kept on walking.

A Cook County sheriff's deputy who witnessed the incident notified superiors, who reviewed videotape. The sheriff's office says Judge Claps has a concealed-carry permit but is not authorized to carry a gun at the courthouse.

He's now been charged with possessing a weapon on a prohibited location, a misdemeanor. The sheriff's office says the judge was very cooperative in its investigation. The judge was placed on non-judicial duties pending an executive committee meeting.

EXCLUSIVE: Cook County Judge Joseph Claps placed on "non-judicial duty" and charged with misdemeanor after video appears to show him dropping a gun, then picking it up in courthouse lobby. More on @WGNNews at 4pm. @WGNInvestigates pic.twitter.com/aqnVBAAE6Y