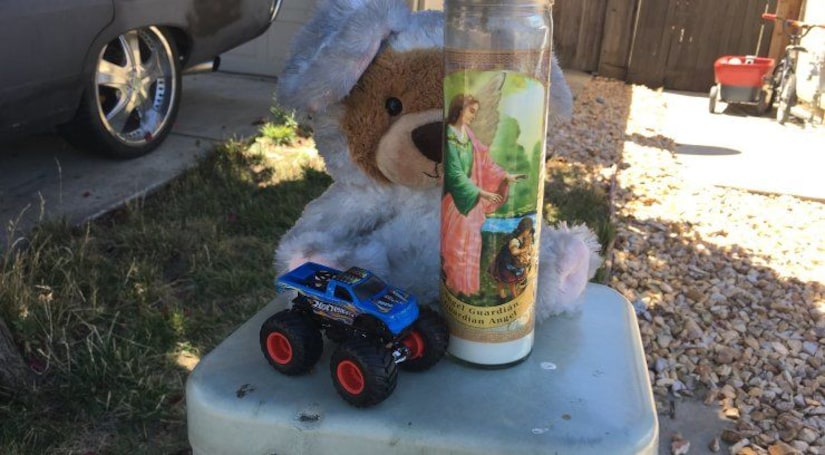 SACRAMENTO -- (KTXL) -- The sheriff's department is investigating after a 2-year-old was found dead inside his family's car in South Sacramento.

While it's unclear how the child got inside the vehicle Saturday, it appears he became trapped, with the windows rolled up. Since the temperatures were in the hundreds at the time, the boy did not survive.

Those who live on Everbloom Way knew of the 2-year-old boy, who was later identified by the coroner's office as Alejandro Lopez. They would often see him playing out on the street with other kids. Now, everyone wishes they could have done more to save Alejandro's life.

Sacramento County Sheriff's Sgt. Shaun Hampton stated that "other folks that were there performed life-saving measures, CPR and other stuff to try to cool the child and bring him back. But unfortunately, those efforts were unsuccessful."

Another neighbor told FOX40 off camera that multiple children live at the home with the toddler and their single mother.

Richards and others on the street say that the 2-year-old boy would often be seen leaving the house on his own.

According to neighbors, someone who once lived in the home had mobility issues, so the locks were lower on the door. Neighbors believe that may have been one reason why Alejandro kept escaping.

Another neighbor told FOX40 off camera he had seen Alejandro stuck in that same car about a week and a half ago. But that time, neighbors were able to tell his older brother, who got the keys and got him out. But it's still unclear how the boy got into the car on Saturday and how long he was inside.

The Sacramento County Sheriff's Department says their Child Abuse Bureau is investigating at the toddler's home on Everbloom Way. No arrests have been made.

Police say the tragedy should serve as a warning to all parents.

The cause of death has not been released by the coroner's office.