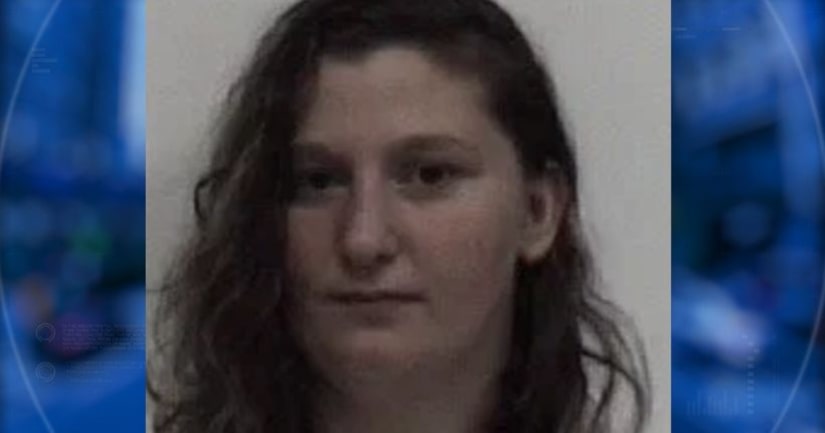 LEXINGTON, N.C. -- (WGHP) -- A woman allegedly bit a man repeatedly after he changed the channel on the television, according to the Davidson County Sheriff's Office.

Deputies responded to a Lexington domestic violence call at 3:08 p.m. on Saturday. At the scene, they found Brandon Codye Nichols McDowell with injuries consistent with bite marks on the left side of his neck, his forearm and the inside of his upper left arm. He also had a red mark on his chest where he said his girlfriend hit him.

McDowell told the sheriff's office that he walked into the bedroom where his girlfriend, Abby Nicole Saunders, 21, was watching television. When he changed the channel, she became mad and attacked him.