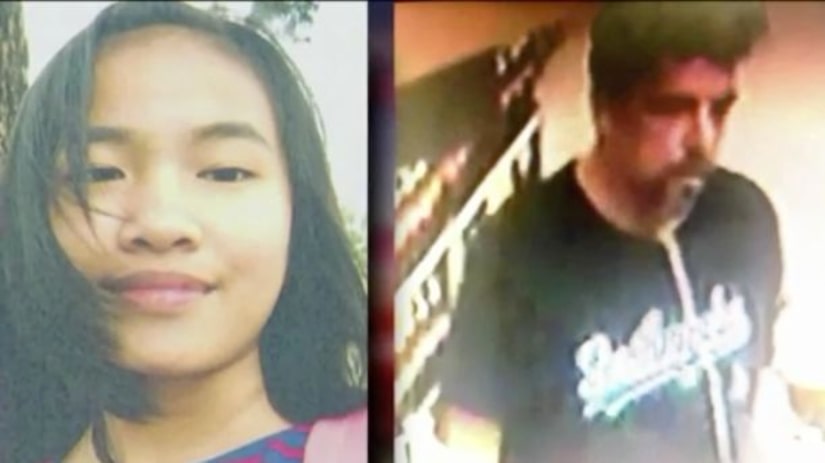 VAN NUYS, Calif. -- (KTLA) -- A Van Nuys girl was found Sunday, ending a search by police and loved ones that was launched when she never returned home after leaving the day prior with a man her family had befriended — a suspect in her search who is still at large, Los Angeles Police Department officials said.

Maria Roman, 13, was found at a friend's house after being reported missing hours earlier at about 8:20 a.m. on Sunday, police said. But the man she was last seen with — who police describe as a transient — has not been found.

Police are interviewing her as authorities try to make sure she is OK.

Her family had befriended the man known to them as Michael Stewart several weeks ago, according to LAPD. The family said they met him while waiting at a bus stop.

Police said he helped with tasks around the house, and on Saturday, he left with Roman in the family's SUV to run an errand.

The girl's mother said they left from the family's home in Lake Balboa to pick up some clothes, but she became worried when Stewart later called and said the vehicle was having trouble and broke down. Then the call just cut out.

Later in the evening, both their cell phones switched off and the family couldn't reach them throughout the night and into the next day, the family said. Police said the last contact the pair had with Roman's family was a text message sent at 8 p.m. on Saturday.