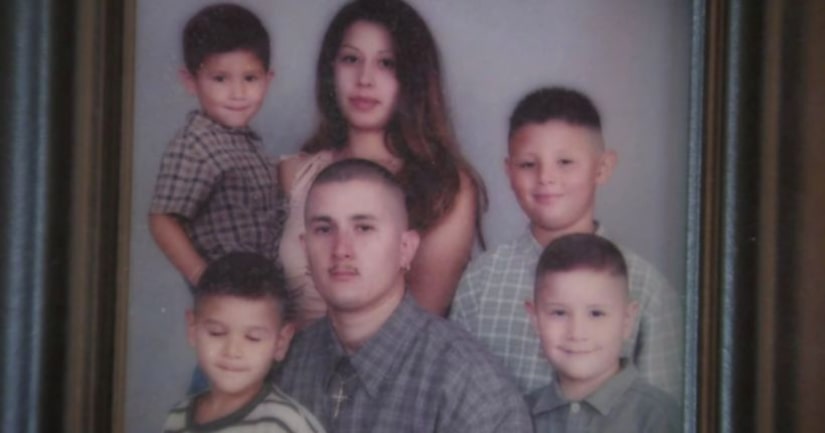 RIVERSIDE -- (KRON) -- Family members are mourning a woman who was killed at a baby shower in Riverside.

They say Beatrice Romo was shot by her nephew while trying to break up a fight on Saturday.

Ronnie and Beatrice were 20 years old in their wedding picture, but they go back to when they were kids.

The couple spent 25 years building their life together, building a family.

And now, the Beaumont home she treasured will be without her.

"We were (going to) grow old together, baby," Romo said.

Now, Romo is by himself.

Beatrice was at her niece's baby shower Saturday at Elk's Lodge in Riverside.

Her daughter and son were there too when two men started fighting.

One of them, Romo says, was Beatrice's nephew, Abraham Bonilla.

Beatrice tried to break it up, but police say she was shot in the stomach.

Bonilla was arrested after a hit-and-run and charged with murder.

"I just told her I love her and that's it," Beatrice's son Joshua said.