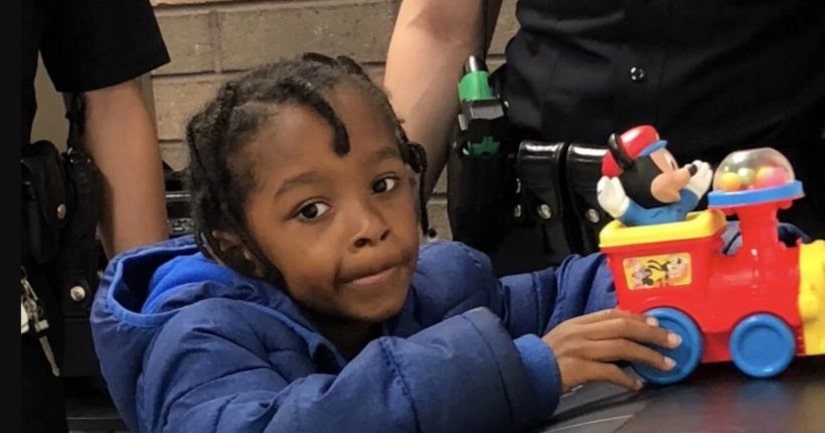 LOS ANGELES -- (KTLA) -- A nonverbal boy who was left alone at Union Station in downtown Los Angeles has been reunited with a family member, and a woman believed to be his biological mother has been arrested, authorities said Thursday afternoon.

The investigation into why the boy was left at the transit hub Wednesday night is ongoing, LAPD officials tweeted.

A woman who was last seen with the boy had not been found, police initially indicated. But LAPD Capt. Marc Reina said on Twitter that an arrest has been made in the case.

Los Angeles Police Department Sgt. Hector Guzman soon explained that a woman believed to be the 7-year-old boy's biological mother showed up at Union Station just before 2 p.m. and was taken into custody.

"There was a connection made between her and the child – enough of a connection for the officers to believe that she is the biological mother and take her into custody," Guzman said.

Detectives interviewed Webster and were trying to figure out if she has legal custody of the boy.

The child was fed and given clothes at the station after he was found about 7 p.m. Wednesday. But police were initially unable to get any information from him, Sgt. Raymond Flores with the LAPD's transit services told KTLA. Authorities initially believed the boy was deaf and possibly had autism, but an American Sign Language interpreter determined he could hear.

He was reunited with a person described only as a family member.

Adrienne Garrett, the woman who found the boy, was with her colleague at Union Station about 6:30 p.m. when they first saw the child with a woman they suspected was his mother. She said the woman eventually "wandered off" from the boy; when Garrett eventually located the woman, she left the area.

“Unfortunately, she just literally walked straight through the doors and didn't even acknowledge it at all,” Garrett said about the woman.

Garrett notified authorities, who fed the boy, and she stuck around for a while hoping the woman would come back. The child was eventually placed in the custody of child protective services Wednesday night, Flores said.

"He was very full of life, like a normal kid would be," Garrett said. "He didn't necessarily seem to notice that he was alone, maybe it's because we were all here with him."