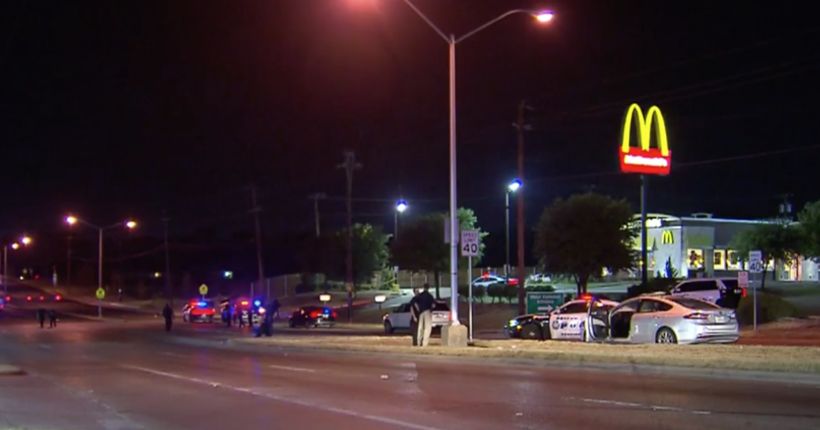 DALLAS -- (KIAH) -- A Texas mother shot a suspected carjacker in the head after he tried to steal her SUV with her two children in the backseat.

Michelle Booker-Hicks said she was paying for gas at a Shell gas station near Interstate 35 around 10 p.m. Wednesday when the suspect climbed inside her SUV and attempted to drive away with her two sons in the backseat, according to KTVT.

“I proceeded to jump in my backseat and told the gentleman to stop… to get out the car. He would not get out of the car. He turned around and looked at me. I reached over the arm rest to get to my glove compartment and that’s when I fired at him,” she told KDFW.

Booker-Hicks shot the man in the face causing him to crash the SUV through a fence. He was arrested at the scene and will likely face kidnapping and carjacking charges.

The children were not injured.

“I’m not a killer but I do believe in defending what’s mine,” she told KTVT. “I hope that woke him up.”

FULL STORY: Texas mom shoots man in head after he attempts to steal SUV with kids inside - KIAH