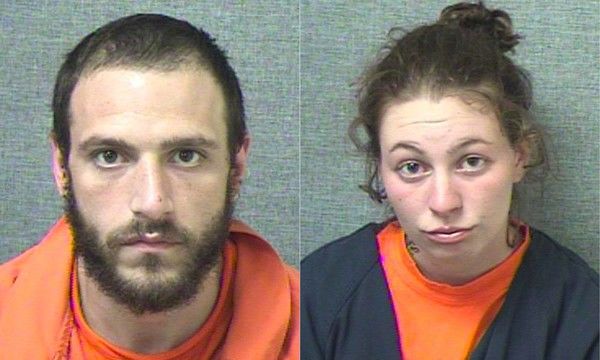 LAMAR TOWNSHIP, Pa. -- (WNEP) -- A man and woman, who state police believe were high on bath salts, fired shots into the sky to chase away “alien lasers” in Clinton County.

Troopers say just after midnight on Saturday, Jesse Shields fired a handgun at the “lasers.”

The lasers, as it turns out, were actually fireflies.

Shields and Katherine McCloskey, fearing they were being chased, ran to a nearby home. Someone inside called 911.

The duo then ran to a neighboring home where the homeowner got the gun from them.

Shields asked that homeowner if he could take a shower to “get the goo off him that was burning his skin.”

Troopers showed up and arrested Shields and McCloskey. The pair from Mill Hall are locked up in Clinton County.