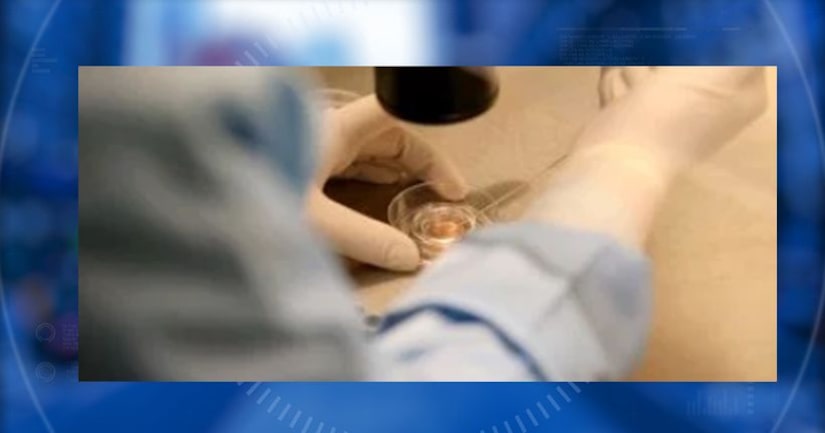 CLEVELAND -- (KTLA) -- University Hospitals in Cleveland denies that it's liable for the loss of more than 4,000 eggs and embryos in a freezer failure, in response to lawsuits filed by several families.

The hospital responded in court documents after the cryopreservation system malfunctioned in early March, affecting embryos and eggs belonging to at least 950 families.

The eggs and embryos had been stored at University Hospitals in a cryopreservation tank equipped with a remote alarm system that should have alerted an employee to any temperature change. But the hospital says the alarm was off, so an alert was never issued when an apparent malfunction caused temperatures in the tank to rise. Because the incident occurred on a Saturday night when the lab wasn't staffed, no one noticed the continuing rise in temperature. As a result, the eggs and embryos thawed. The hospital has said it's unlikely any of them are viable.

In court documents filed Friday, University Hospitals denied liability and stated that in vitro fertilization involves a number of risks and that the patients had signed certain informed consent forms.

“Assisted reproductive treatment, including in vitro fertilization and related services, is individualized and specific to each patient, and carries a number of risks, to which Plaintiffs consented,” it stated in the court document.

It also said that the plaintiffs “were fully advised of the material risks, benefits, and alternatives available for the treatment, and thereafter voluntarily assumed and consented to those risks.”

Some of the plaintiffs are women who had cancer and froze their eggs in hopes of having children. One of the plaintiffs had banked her embryos after an ovarian cancer diagnosis. After a second diagnosis, this time of uterine cancer, she had a hysterectomy. She and her husband had decided to store their babies-to-be in a long-term cryopreservation tank at Cleveland's University Hospitals Fertility Center.

“The rest of the world looks at it as eggs and embryos, but we look at it as our future children,” Kate Plants said in March.

Several families including the Plants turned to legal action. In June, an Ohio judge ordered that a committee oversee the progress of more than 50 lawsuits against University Hospitals.

University Hospitals appeared to attribute what had happened to “another or others” — although it didn't specify whom that was in the court document.

“Plaintiffs' alleged injuries and damages, which are denied, may have been caused in whole or in part by the acts and omissions of another or others, whose conduct these answering Defendants had no reason to anticipate and for whose conduct they are and were not responsible.”