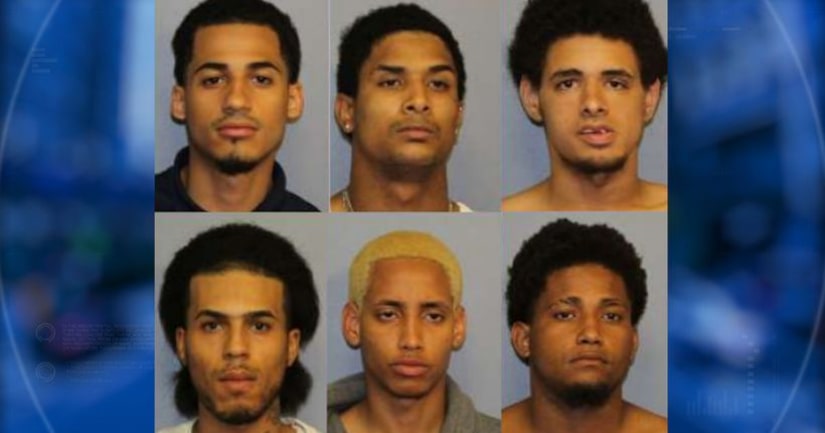 PATERSON, N.J. -- (WPIX) -- It was a hot Sunday afternoon, a week ago, when a 911 call got patched into the Paterson, New Jersey police department.

The caller said the Trinitarios gang members wanted for hacking a Bronx teen to death could be found at a hideout at 260 East 24th Street in Paterson.

“Every available police car was sent to the house within ten minutes,” a law enforcement source told PIX11 News. “One occupant of the house jumped out a window, but he was quickly apprehended.”

Paterson police picked up six suspects that they recognized from BOLO posters (acronym for “Be On the Lookout”) that were prepared by NYPD Detectives.

The only Paterson resident they grabbed was Jose “Canelito” Muniz, who's accused of assaulting 15-year-old Lesandro “Junior” Guzman-Feliz with a machete on June 20 outside a Bronx bodega at Bathgate Avenue and East 183rd Street. Other suspects are charged with using knives to stab Junior, with the lethal wound going to his neck.

“Junior” — who had participated in an NYPD Explorers program for youth interested in law enforcement careers — was seen on video desperately trying to escape from his pursuers by jumping over the bodega's counter. Multiple men who marched angrily into the store dragged Junior outside and attacked him with knives and the machete. The teen stumbled back into the store, but some men inside directed him to leave. Junior headed toward a nearby hospital and died on the sidewalk outside St. Barnabas Medical Center.

It turns out the suspects didn't bring any weapons to Paterson.

“I think it was a tactical move on their part not to have anything illegal in their possession while they were hiding out,” the police source said.

Police didn't have to bang down the door, but the suspects didn't go so easily.

“They were very nasty, arrogant and belligerent when they were cuffed and verbally abusive to the arresting officers,” the source said.

The source said there's a growing Dominican gang community in Paterson that's moving there directly from the Bronx, New York.

The Trinitarios are Dominican gang members that essentially have two groups in Paterson: Union Avenue Trinitarios and Market Street Trinitarios, who operate not far from Paterson's East Side High School.

The source said it can be difficult to develop intelligence information about the gang.

“It's almost like Chinese organized crime,” the law enforcement veteran said. “It's very hard to get information about them.”

FULL STORY: How Paterson police got the tip about Trinitarios suspects in 'Junior' murder - WPIX