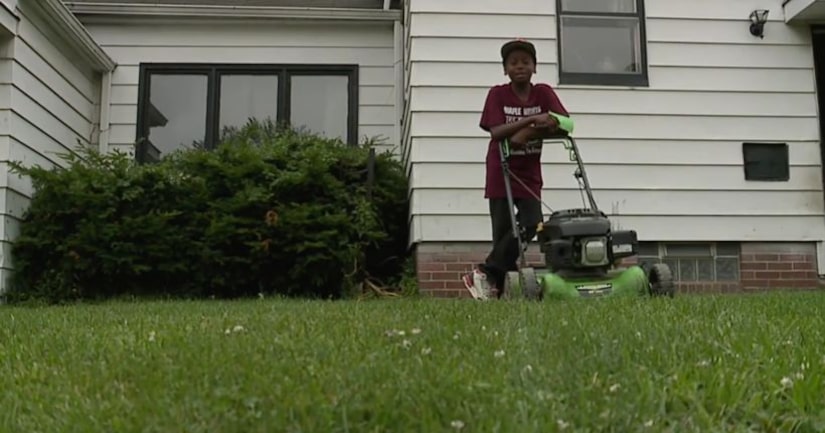 CLEVELAND -- (KDVR) -- A boy in Ohio is running his own business this summer cutting lawns and cleaning up yards.

Reginald Fields, 12, is the owner of Mr. Reggie's Lawn Cutting Service. With several helping hands from his cousins, brothers and sisters, they are up with the sun every day working the neighborhood.

That's what they were doing when someone called the Maple Heights Police Department on them, WEWS reported.

“They said I was cutting their grass. I didn't know it,” Reggie Fields said.

His customer, Lucille Holt, said she was confused when she saw police, but quickly learned the neighbors called to complain that the group cut a section of their property (about a foot where the two properties butt together) and were in their yard.

“They said the kids cut their grass,” Holt said.

Reggie Fields said the police said nothing to him and the kids. He finished the job and felt a little discouraged.

“I was like, that's a shame. I didn't know,” Reggie Fields said.

But that didn't last long.

Holt created a Facebook post about what happened and ended up with thousands of views and hundreds of shares.

“I guess I have a line where part of it is now my yard. They called the police to tell the police that the kids was cutting they grass,” Holt said in the video.