ST. LOUIS, Mo. -- (KTVI) -- A woman who is suspected of going on a rampage in a nail salon in North County has turned herself in to police.

It happened at the Happy Nails Salon in Hazelwood. Security video from the salon shows the woman pushing over a display of expensive nail polish then knocking off items from another counter. The general manager estimated damages at around $2,000.

This women vandalized my nail salon, because she was unhappy with services received earlier in the day. She was offered a repair or refund but she was still not satisfied with the options. We offered to refund and take Nails off. She wanted a new set with the refund. She returned 4 hours later, using very foul language around other customers and vandalized the nail salon. I have contacted the Hazelwood Police Department. Please share and contact the police department if you recognize this women.

The suspect said the woman was not happy with the way her nails were done at Happy Nails. She said they offered to remove the polish and fake nails and return her money. That is when the customer became outraged.

“Thanks to technology and social media we were able to wrap it up pretty quickly. I'm sure it was awkward for the person who came in to turn themselves in. By losing her composure she didn't help the situation,” said Hazelwood Police Chief Gregg Hall.

Police said Raven White turned herself in Saturday and confessed to the crime. They said she was booked on a preliminary count of felony property damage.

The nail salon owner was nervous. Sara Nguyen said “She might come back to do that again.”

The store owner wants an apology and the woman to pay for damages. She doesn't want the suspect put in jail. General manager Jeanna Gwinn-Williams said, “I think that would be more of a lesson than sitting in a jail cell to have to stand up as a woman and apologize for your actions to have to pay for what you did.”

Gwinn-Williams said the woman was a regular customer and there was never a problem.

Police said a charge from the county prosecutor could come as early as Tuesday. 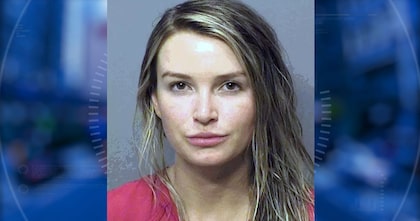