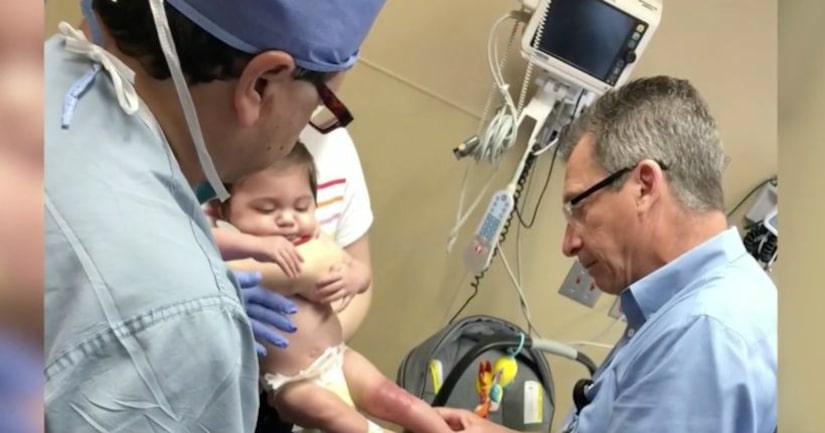 ORLANDO -- (WKMG) -- The Orlando Police Department and Florida Department of Children and Families have both launched investigations after a 10-month-old baby suffered second-degree burns while at ChildrenFirst Medical Day Care last week.

"He had blistering, his skin is peeling, I mean it's horrendous," said the baby's father, Manuel Escobar. "(Parents) need to be aware, you know, I don't want somebody or maybe another kid to get hurt."

Escobar is already protective of Alexander, nicknamed Alexander the Great after being born premature and spending 123 days in NICU.

It's why his parents chose ChildrenFirst, a licensed medical day care facility, to take care of his needs. Now, they are looking for a new facility. They said they don't trust the day care's version of what happened.

"That they were bathing him and while he was getting his cleaning, he turned on the hot water, he hit the hot water and they realized it was burning his skin," Escobar said. "He can't even hold a bottle on his own, much less turn on the water."

However, late Monday afternoon, Donna Loggie, the owner of the ChildrenFirst day care responded. Though concerned, Loggie was confident the day care did not cause the child's injuries.

"Care is our utmost concern, and we look forward to the full investigation and we are cooperating with that," Loggie said over the phone.