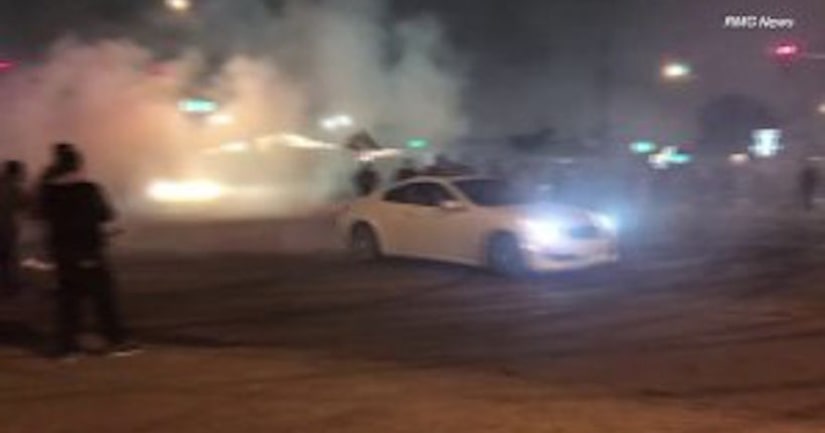 Approximately 300 spectators packed into two areas of Pico Rivera, including the intersection of Rosemead and Beverly boulevards, to watch drivers perform doughnut maneuvers at about midnight, according to Sgt. Cardenas of the Los Angeles County Sheriff's Department's Pico Rivera Station.

It was a similar story in Arcadia, where street racers performed dangerous stunts and blocked traffic at the intersection of Baldwin Avenue and Duarte Road, before making their way onto the 210 Freeway, authorities said.

Participants also set off fireworks that shot up into the sky, video from the scene showed.

Officials stressed that their focus was to break up the crowds -- not issue citations -- in order to keep bystanders and drivers safe.