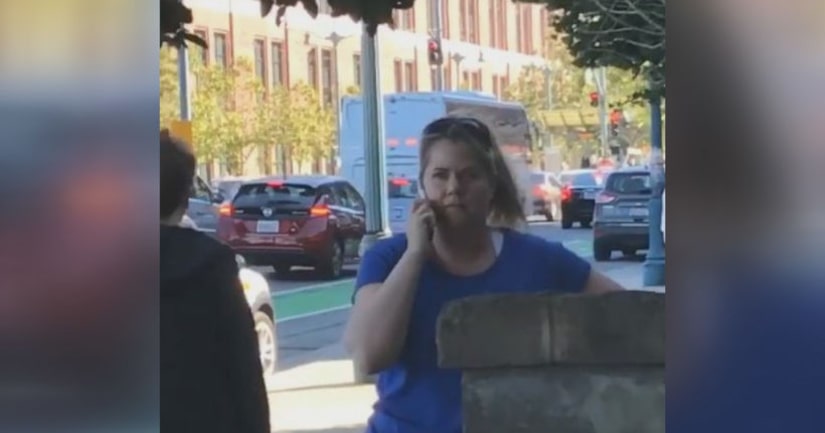 SAN FRANCISCO -- (KRON) -- "Permit Patty" is causing some uproar in San Francisco after she was caught on camera calling the cops to report a young girl selling water outside her apartment building.

In a video posted to Instagram early Saturday, a mom claims the cops were called on her 8-year-old daughter.

"An 8-year-old selling water in front of her apartment building where she's lived her whole life is NOT a reason to call the police," the woman captioned the video.

She dubbed the woman "Permit Patty."

In the video, the girl's mother is seen confronting the woman on the phone.

"This woman don't wanna let a little girl sell some water. She's calling police on an 8-year-old little girl... you can hide all you want," the girl's mother says.

The woman seen on the phone then ducks and tries to get out of sight after seeing she is being recorded.

"And illegally selling water without a permit?" the woman on the phone responds.

"On my property," the girl's mother says.

"It's not your property," she responds.

According to Raj, a cousin of the little girl, she said on social media it all happened right by AT&T Park.

She also thanked the family's supporters.

"My family thanks you all for the funny comments memes & words of encouragement," she wrote on Twitter. "My little cousin is doing okay for those who are asking and her mom is going to be pressing charges for harassment. "