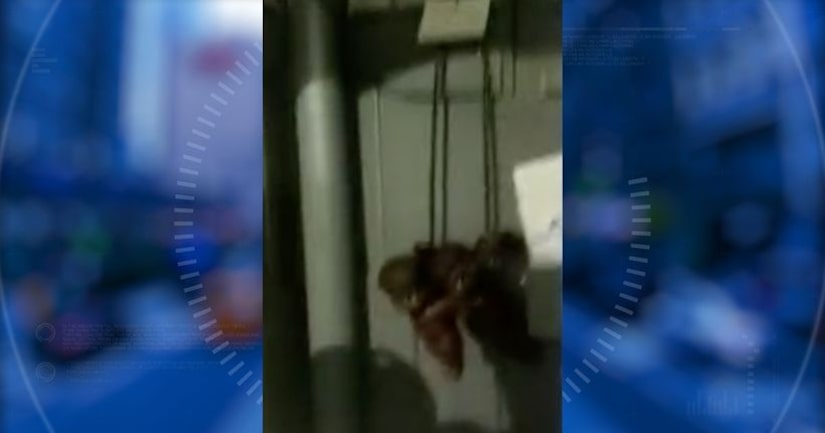 SAN FRANCISCO -- (KRON) -- Two San Francisco construction workers say they were fired from their job site for bringing claims of racial discrimination to their employer.

They're now bringing something else to their employer--a lawsuit.

The video shows three black baby dolls hanging by their necks inside a porta potty back in April at a Clark Group construction site on 250 Howard St. in San Francisco.

Craig Ogans is the construction worker who recorded the video.

"I got really, really fearful that I am working in a hostile environment," Ogans said.

Ogans is one of three African-American construction workers, who are now represented by Civil Rights Attorney John Burris in a racial discrimination and harassment claim against Clark Construction group.

"Make no mistake about it, a company has a responsibility to ensure their employees work in a safe environment," Burris said. "They have a duty to protect the employees from the potential of racial violence, certainly racial slurs."

Douglas Russell started working at 250 Howard back in February.

"The day I started working there, I saw racial slurs all over the windows, the toilets, even when you go to wash your hands, you got to read something with negativity," Russell said.

Russell says both men filed several complaints regarding these types of incidents to their supervisors.

"They didn't do anything about it," Russell said.

The harassment reached a boiling point when Ogans saw the dolls hanging. He called the San Francisco Police Department and made an official report.

A San Francisco police spokesperson told KRON4 the incident is currently under investigation by their hate crimes unit.