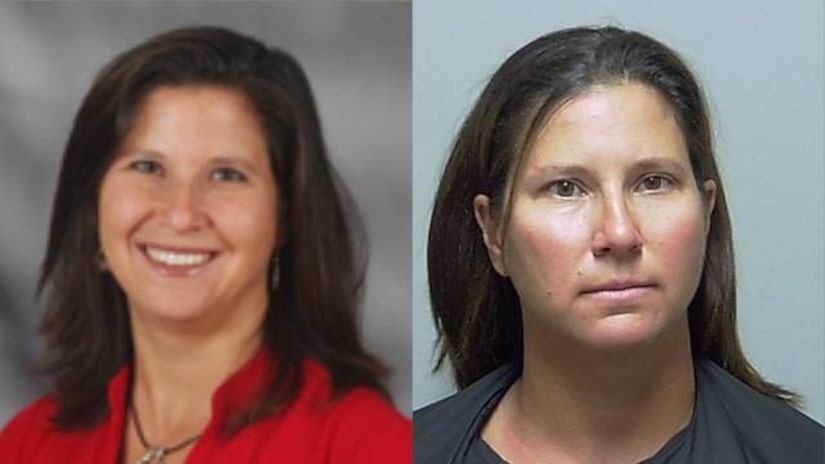 PALATKA, Fla. -- (WKMG) -- A Putnam County School Board member was arrested on a warrant Friday in the theft of nearly $400 worth of merchandise from a Palatka Walmart, authorities said.

The charges stem from an incident Monday at the Walmart on State Road 19. Deputies said she tried to leave the store with $420 in merchandise even though she had only paid for $32 worth of items.

"It is reprehensible an elected official, who is charged with public trust, could blatantly break the law," said Sheriff Homer "Gator" DeLoach, who called Cummings' behavior "inexcusable."

Acting on a tip, detectives contacted the store and learned that Cummings tried to leave the store that day after scanning a fraction of the items in her cart at a self-checkout lane, deputies said.

Confronted by employees, Cummings produced a receipt for a $32 purchase. But, deputies said, there was an additional $388 worth of items in her cart. After employees sorted through the merchandise, Cummings left with the items she paid for.

Detectives later found the school board member previously used the same self-checkout lane May 30. They said surveillance video showed her leave with several items including three fishing poles, only one of which she rang up.

A Sheriff's Office spokesperson said Cummings is currently charged in the June 18 incident, but she noted additional charges are possible.

Cummings was initially elected to the school board in 2010, according to BallotPedia, and she was re-elected after running unopposed for a second term in 2014.