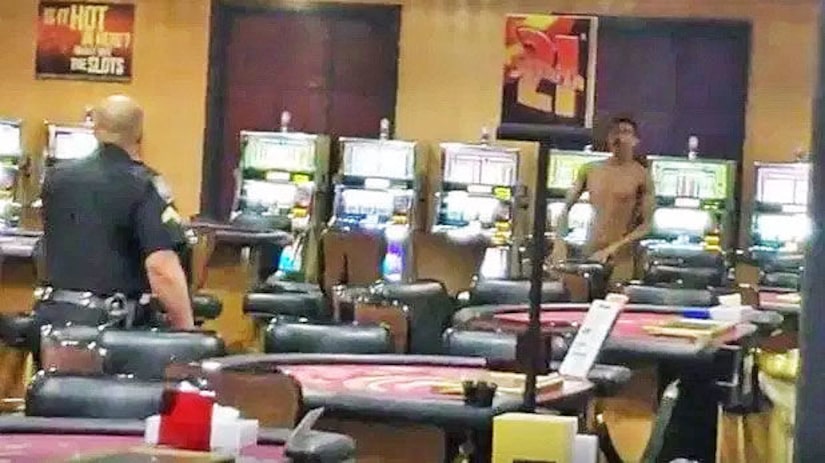 The totally nude man went on a chair-tossing tirade before police tackled him during a streak for the exit.

It happened about 11:40 p.m. at Diamond Jacks Casino. Police were called to the second floor of the riverboat to handle a disorderly person who refused to leave. They arrived to find a 24-year-old naked man yelling and bouncing around the slot machines.

Gaming tables were cleared and casino workers stepped back to let police handle the man.

As more police officers arrived, they tried to pin him in — with mixed results. One chair after another was thrown at officers. One patrolman used chemical spray and another hit him with bean bags fired from a shotgun. Neither method worked.

Slapping away at officers trying to grab him, the man made a beeline for the exit, with officers in pursuit. They tackled him after he darted around a slot machine.

Police arrested Terrence Roquemore of De Berry, Texas, and took him to University Health hospital in Shreveport for observation.

Two police officers suffered minor injuries — one to the wrist and the other to the knee. One casino patron was taken to the hospital after some of the chemical spray affected her.