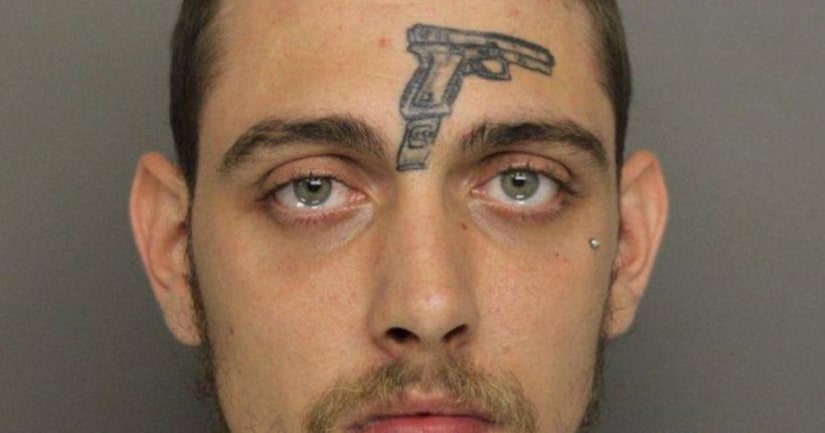 Greenville, S.C. -- (KABB) -- A man with a gun tattooed on his forehead was arrested for unlawfully carrying a firearm, according to the Greenville Police Department.

Michael Vines if federally prohibited from possessing a firearm but Greenville, South Carolina police said he allegedly tossed a fully-loaded handgun into the grass after a car wreck.

The police said City of Greenville firefighters witnessed Vines tossing the gun and recovered the weapon from the scene.

FULL STORY: Man with gun tattooed on forehead arrested for unlawful carrying of a firearm - KABB