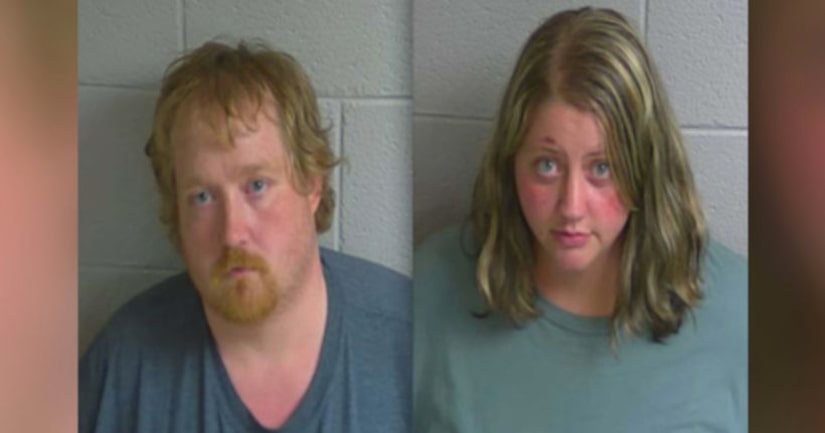 MORRISTOWN, Tenn. - (KRON) -- A Morristown couple is facing animal cruelty charges after police say the wife left the couple's Chihuahua in a trash bag to die.

According to a police warrant, the couple tortured the dog and failed to provide her with food, water, care and shelter, based on broken bones and burns found on the dog's face.

Police were called to a home on Elwood Drive in Morristown on June 7 after Joshua Coffey, 35, called to say his wife, Melissa Coffey, 26, killed their dog.

Joshua Coffey told police that around 10:45 on June 6, Melissa Coffey told him she was taking their dog to an animal shelter the next day.

The next afternoon, around 2:45, she called her husband and told him the the dog was dead in the back room of the home.

When police arrived, they found the dog in a black trash bag.

When Joshua Coffey examined the bag, he realized the dog was still alive, so he removed the bag to allow her to breathe.

During their investigation, officers found the dog had fractured bones and burn marks on her face.