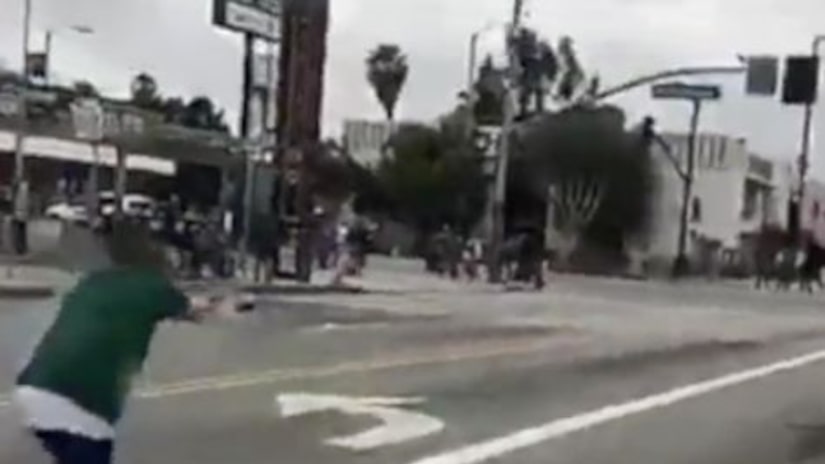 HUNTINGTON PARK, Calif. -- (KTLA) -- A man was arrested after he was captured on video launching a firework at Huntington Park Police Department officers after Mexico upset Germany with a victory in the World Cup on Sunday.

The man, who was not named, was arrested on suspicion of assault with a deadly weapon, said Huntington Park Police Department Lt. Paul Kraut.

"He bent down in the street and started firing motor-styled fireworks at the officers," Kraut said.

The fireworks were shot at officers who formed a line in the downtown business area near Florence Avenue and Pacific Boulevard, Kraut said.

A video was uploaded to Twitter of the man shooting the firework at 1 p.m.