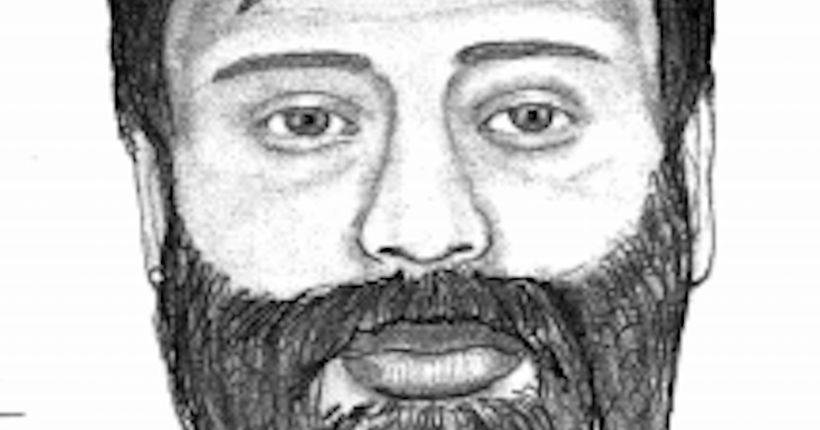 Nassau County Police Dept.
WPIX - "This is a police sketch of one of two men wanted for an attempted kidnapping in Mineola."

MINEOLA, N.Y. -- (WPIX) -— Police on Thursday released a sketch of one of the men accused of attacking and attempting to kidnap 8-year-old girls in Mineola.

The girls were jump-roping when the man, and one other, walked up to them and chased them around the yard of a Maple Avenue home, police said. Both girls ran toward the house, but one of them was knocked to the ground by a man who then struck her in the face, leaving marks.

She screamed and kicked the man, scaring them both off, police said. One of the men drove off in a dark-colored vehicle. The other man fled on foot.

Both men wore blue T-shirts and yellow pants at the time of the attack. Police have asked for help identifying the men.