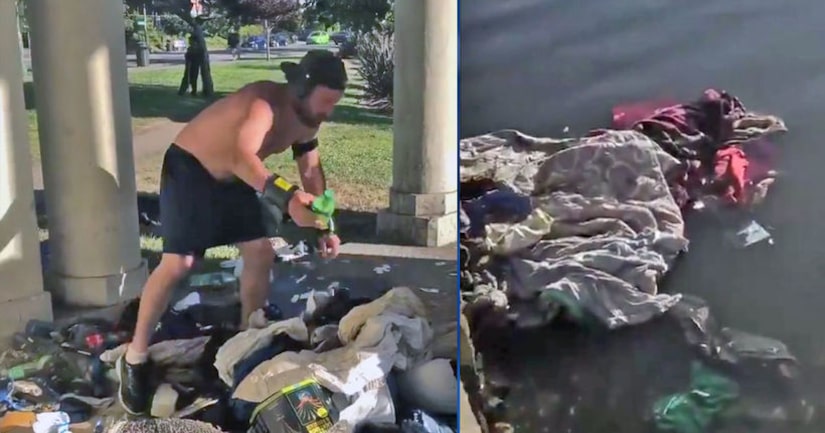 The video was captured on Friday and posted to Twitter by J.J. Harris.

In the footage, the man who's gained the nickname "Jogger Joe" starts throwing the homeless man's personal items into the lake.

Bystanders can be heard pleading for the jogger to stop, but he insists that he's picking up trash.

KRON4's Ali Reid spoke to the victim who has been identified as "Drew" and said he's in good spirits despite the circumstances.

Drew said he wasn't present when his possessions were thrown out. He had gone on a run and when he returned his belongings were in the water.

Some residents are banding together to help Drew because they believe he was unfairly targeted.

A group is also standing guard since the jogger returned and became violent toward a man who was standing up for Drew.