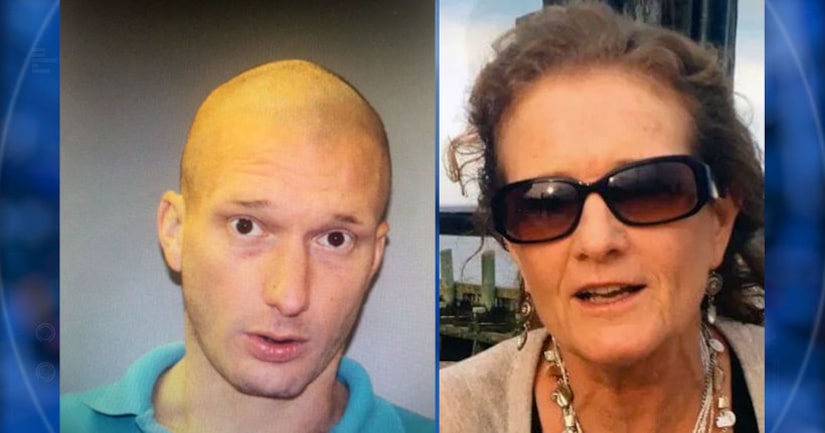 HAMDEN, Conn. -- (WTIC) -- A search for a missing woman has led to a murder investigation with the victim's son as the suspect. Police arrested a man in connection with his mother's death in Hamden.

Kyle Tucker, 34, went before a judge Monday where he is charged with murdering his mother, Donna Tucker at their Hamden home on Broadway Street on Friday.

“Something happened,” said Tucker during police interrogation. “God got into my body and walked me downstairs with my baseball bat and it was very quick and almost even hard to remember.”

In tweets posted a day after the killing, Tucker writes, “I don't mind admitting it. Donnas favorite son was Ryan and her second favorite Mason...so at least they're worthy competitors for Mommas love.”

Tucker explained how he took his baseball bat downstairs into the kitchen and hit his mother in the head. She collapsed to the ground and he hit her again in the face. He then dragged her body out the side door and to the backyard fire pit. Tucker used gasoline to accelerate the flame and kept the fire burning for eight hours.

He used chemicals including bleach to clean the blood in the kitchen and eventually re-painted the walls.

Police soon came knocking. Originally, Tucker told them he last saw his mom early Friday morning and said she was drunk and got picked up by an unknown druggie. But Kyle became the prime suspect after investigators discovered he used his mother's Amazon account to order an urn.

Tucker will be in court next on June 19th in New Haven. His bond was upheld at $5 million.