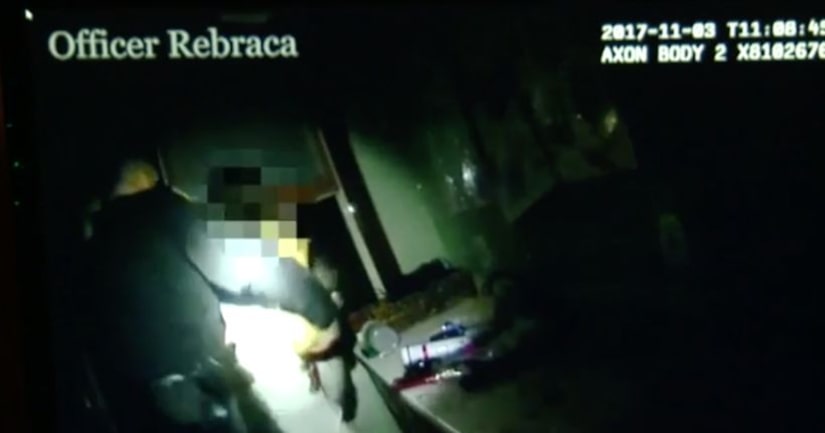 SANDUSKY, Ohio -- (WJW) -- Three officers who stopped a mother from throwing her baby out of second-story window are being honored for their heroics in front of 1,500 of their peers.

The harrowing call was all captured on police body cameras.

The officers were responding to a home shortly after starting their shift around 7 am this past November after neighbors reported hearing loud noises.

Officer Greear says a second-floor window was broken out and it looked like items had been thrown out of the window, landing on a neighbor's car.

“The house was torn apart,” said Greear. “The back door was wide open and there's blood on the door frame and on the floor and you can hear noise from inside but there's no lights.”

The officers entered the home and called for the woman inside, who finally appeared, with blood on her clothing, speaking incoherently while holding her 19-month-old son.

When the officers tried to get the boy, to make sure he was okay, the woman ran into the bathroom and then toward the broken out window .

“That's when she wound up trying to throw him,” said Greear who immediately jumped to the rescue. “I bear hugged him, to her and her to me. I had my arms wrapped around both of them and we were able to get her back out.”

However the ordeal wasn't over.

The woman then began biting the child's face under his ear.

Officers managed to safely free the boy, and she started kicking and biting them.

Eventually she was subdued and both mother and son taken to a local hospital for treatment.