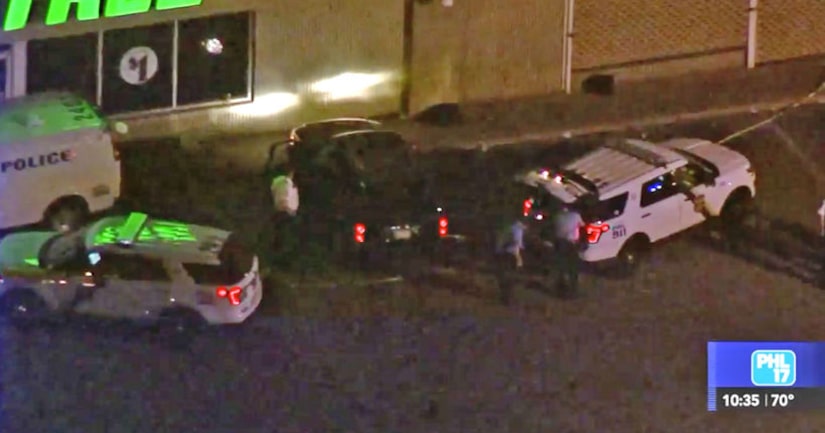 PHILADELPHIA -- (WPIX) -- A 15-year-old girl who was learning how to drive struck and killed two men in a shopping center parking lot in Philadelphia, authorities said Tuesday.

The accident occurred around 8:45 p.m. Monday, in front of a Dollar Tree in the shopping center located in Port Richmond, reports say.

Police say the teen was driving with her mother and two other people in a black Ford Explorer.

According to PIX11 affiliate PHL17, the teen was entering a parking spot when something happened and the SUV lunged forward twice.

The two victims, described only as men in their 50s, were sitting at the wall of a store when they were struck, according to authorities.

Both men were pronounced dead at the scene.

The teen's name has not been released.

No charges have been filed so far, but the accident remains under investigation.

In Pennsylvania, you must be at least 16 years old to apply for a learner's permit.