OKLAHOMA CITY -- (KFOR) -- Police say a 3-year-old little girl's death is being investigated as a homicide.

Lola Caplan was rushed to the hospital from her northwest Oklahoma City apartment complex Thursday morning.

“It was discovered that the child had injuries consistent with child abuse,” said Officer Megan Morgan with Oklahoma City Police.

The child's mother, Alexis Caplan, was arrested for enabling child abuse. Her domestic partner, Baylee Sowards, will be booked for child abuse.

A neighbor, who didn't want to be identified, invited News 4 into her living room.

“And of course, what rolls through my mind is what else could I have done?” the woman said. She says she called police on her downstairs neighbors over Easter weekend.

“It sounded like a masculine voice, not yelling but screaming,” she said. “And then I heard a child screaming. It was not an ordinary child—I knew something else was happening.”

Another neighbor saw police, but had no idea what was going on until we told him.

“I mean, its gut-wrenching,” said Jacob Rutter. “It's heartbreaking to hear that a defenseless toddler could be subject to such violence and just such evil.”

Even though police have named the suspects, the heartache is still heavy. 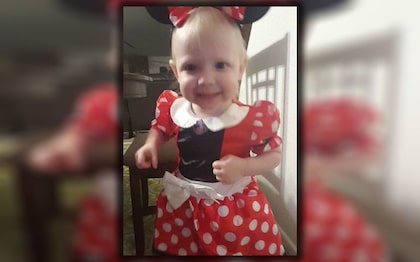