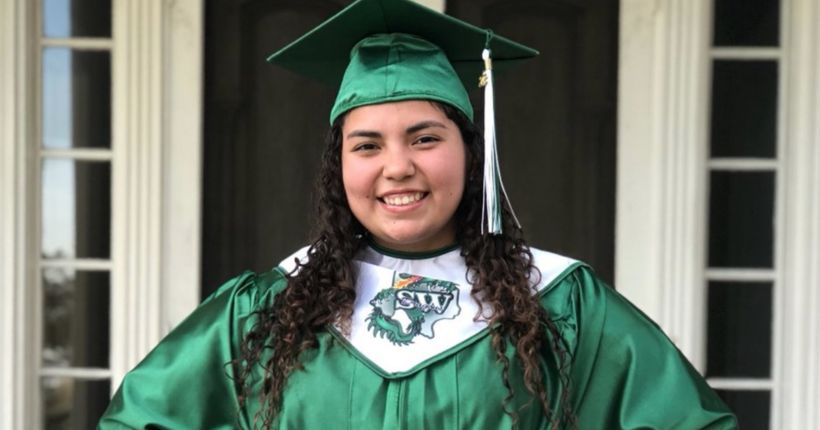 Gloria Garza will be escorted into the Alamodome as part of a ceremonial law enforcement escort for her graduation from Southwest High School.

The Bexar County Mounted Unit Mountie named "Jesse" after her father Jesus Garza will be included in the escort. The department names the horses and Mounties after fallen deputies.

Garza will arrive with Sheriff Javier Salazar in his vehicle along with marked Bexar County units that will have their lights and sirens on.

District 7 Fire Rescue and Bexar Bulverde Volunteer Fire Department ladder trucks will have their ladders extended in order to drape down a large United States flag. The escort will walk underneath the flags down the loading dock ramp into the Alamodome.