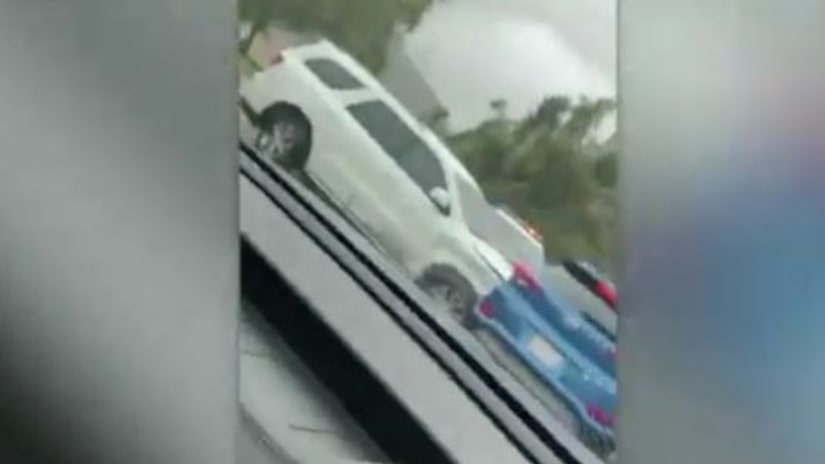 BURBANK, Calif. -- (KTLA) -- A carjacking suspect was taken into custody on Wednesday after cellphone video captured a wild chase coming to a dangerous end in Burbank.

The incident began earlier in the morning, when the California Highway Patrol responded to 911 calls regarding an individual driving erratically in Pasadena. The driver collided with a white SUV and allegedly carjacked that vehicle near the 210 Freeway and San Gabriel Boulevard, authorities said.

Prior to that, he was driving another stolen vehicle, authorities said. Officials later said he was determined to be under the influence of drugs when he was checked into a nearby hospital.

CHP received a call about the hit-and-run crash with a carjacking at about 9 a.m., officials said.

From Pasadena, the carjacking suspect went from the 210 Freeway to the 134 Freeway, exiting on Buena Vista Street before getting on Riverside Drive, according to police.

According to CHP, the suspect started hitting other vehicles on purpose while exiting the freeway.

"While exiting, the suspect intentionally rammed into several vehicles that were stopped for the red traffic light at the bottom of the off ramp," CHP officials said in a report.

After that, once driving westbound on Riverside Drive, the suspect tried to carjack several other vehicles, officials said.

At some point, the driver got out of the stolen vehicle and attempted to flee on foot, continuing to evade pursuing officers, authorities said.