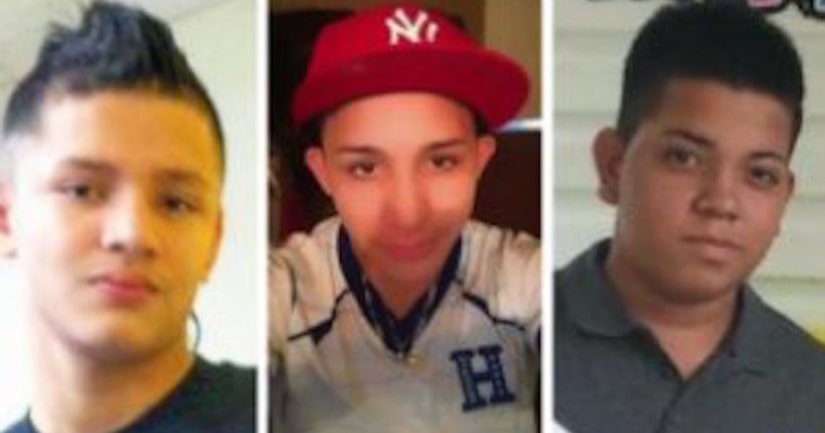 ROOSEVELT, N.Y. -- (WPIX) -- Police arrested the second of several people believed to have hacked a Long Island teen to death with a machete, officials said.

Angel Soler was 15 when he disappeared on July 31 last year. His body was discovered Oct. 19 in a wooded lot in Roosevelt. David Sosa Guevara, a 26-year-old man arrested in Nov. 2017, and Josue Figueroa-Velasquez, an 18-year-old man whose arrest was announced Tuesday, allegedly killed Soler.

Figueroa-Velasquez was charged with murder. He's set to be arraigned May 30.

Soler is believed to have been a victim of MS-13. The gang has been blamed for at least 25 killings since January 2016 across a wide section of Long Island.

His mother brought him to the U.S. from Honduras as a young boy.

Soler's remains were found less than five miles from the remains of two other missing teens. The remains of Javier Castillo, 16, and Kerin Pineda, 19, were found in Merrick and Freeport more than a year after they were reported missing.