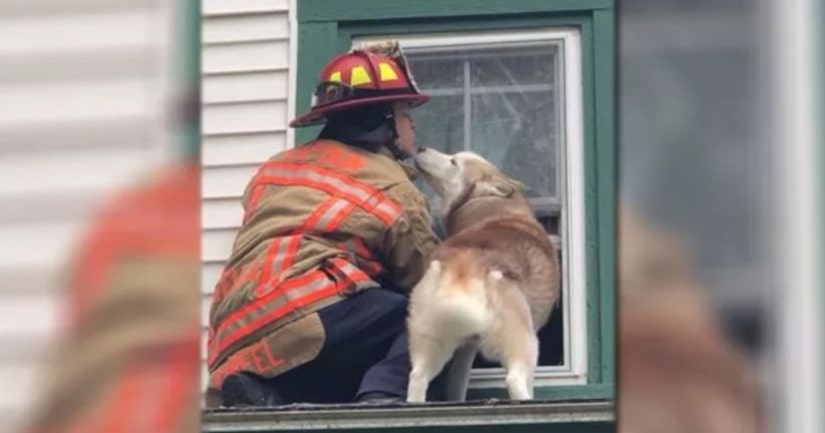 MAINE -- (WBBH) -- A photo of a dog thanking a firefighter who came to rescue him has gone viral.

Officer Steve McDonald of the Wells Maine Police Department in Maine posted pictures of the rescue on Facebook which quickly caught the attention of users and media outlets around the country.

According to the Facebook post, the dog got stuck on a roof after getting out of an upstairs window. Several passersby reported the stranded dog to authorities who quickly responded.

Just before the firefighter got the dog safely inside, he paused to give kisses to his rescuer, once again proving that dogs truly are man's best friend.