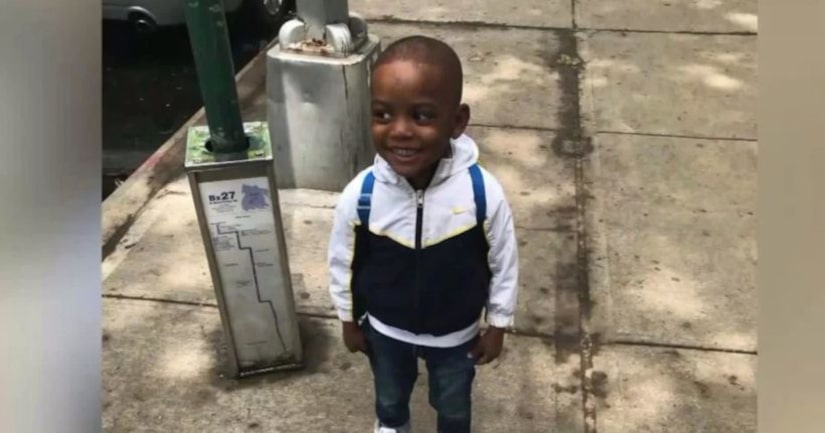 THE BRONX -- (WPIX) -- An arrest has been made in the death of a 3-year-old boy who was found unconscious with bruises on his face in the Bronx.

Kenneth Lynch, 36, was arrested a day after Messiah Allen, 3, was found unconscious inside the Soto Mayor Houses in Soundview.

Messiah was taken to the hospital where he was pronounced dead.

The city's medical examiner determined the child's cause of death was due to multiple blunt forced injuries, and his death was ruled a homicide.

Police said it was reported to them that the child fell, chipped a tooth and suffered bruises and cuts to his face.

Investigators are still determining when the toddler suffered those fatal injuries, police said.

Lynch, who police said was the live-in boyfriend of Messiah's mother, was taken into custody and charged with manslaughter.