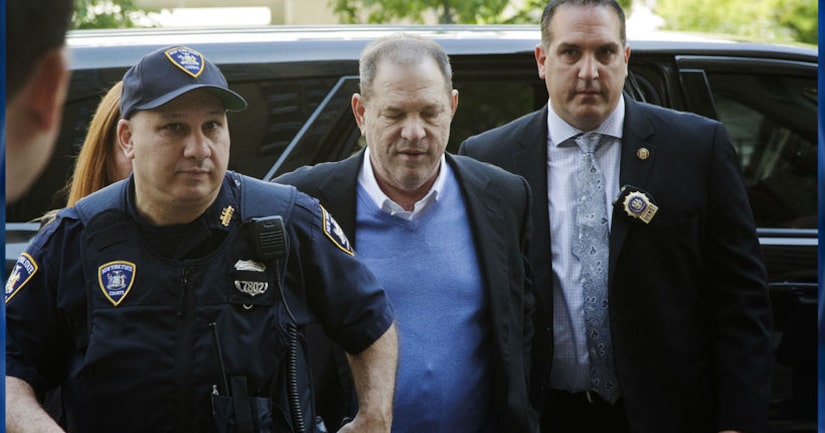 NEW YORK -- (WPIX) -- Harvey Weinstein was arraigned Friday on charges of first- and third-degree rape and committing a criminal sexual act in the first degree, seven months after women began to come forward with stories alleging sexual misconduct by the famed Hollywood producer.

The charges filed Friday stem from incidents with two separate women in 2013 and 2004, the Manhattan district attorney said in a statement, and were the result of a joint investigation between police and the Manhattan DA's office.

"Mr. Weinstein has always maintained that he has never engaged in non-consensual sexual behavior with anyone. Nothing about today's proceedings changes Mr. Weinstein's position. He has entered a plea of not guilty and fully expects to be exonerated," attorney Benjamin Brafman said in a statement after the arraignment.

As part of the agreement between Brafman and the DA's office, Weinstein's bond was set at $10 million. He'll be required to wear a GPS monitoring system and is only allowed to travel within New York state or Connecticut. He also surrendered his passport.

A source familiar with the investigation told CNN the criminal sex act charge was from a case involving aspiring actress Lucia Evans, who alleges Weinstein forced her to perform oral sex on him in his Tribeca office in 2004. Evans has not responded to any of CNN's requests for comment since first speaking out about Weinstein in the New Yorker last fall.

The alleged victim in the rape case has not been publicly identified, the source said.

More charges are expected as a grand jury continues to hear testimony in the state's case with at least four women expected to testify, the source said.

Carrying a stack of books, the former Hollywood producer walked into a New York police precinct office through a gauntlet of reporters and photographers earlier Friday to the snapping of camera shutters.

After being processed, Weinstein left the precinct office, his hands cuffed behind his back, and got into a large black SUV.

Weinstein has been accused of rape, assault and other forms of sexual misconduct. Weinstein's representative has said he sought treatment after the accusations, and Brafman repeated in his statement Friday that his client has said he "never engaged in non-consensual sexual behavior with anyone."

Dozens of women have come forward publicly to accuse Weinstein of misconduct after reports in 2017 about his treatment of women, including actresses with whom he worked.

Weinstein has kept a low profile since his downfall. He was fired from the company that bears his name just days after the allegations first surfaced in the media. The Weinstein Company filed for bankruptcy earlier this year and what remains of it is set to be sold. His wife, Georgina Chapman, left him in October.

Below, Weinstein surrenders to police: