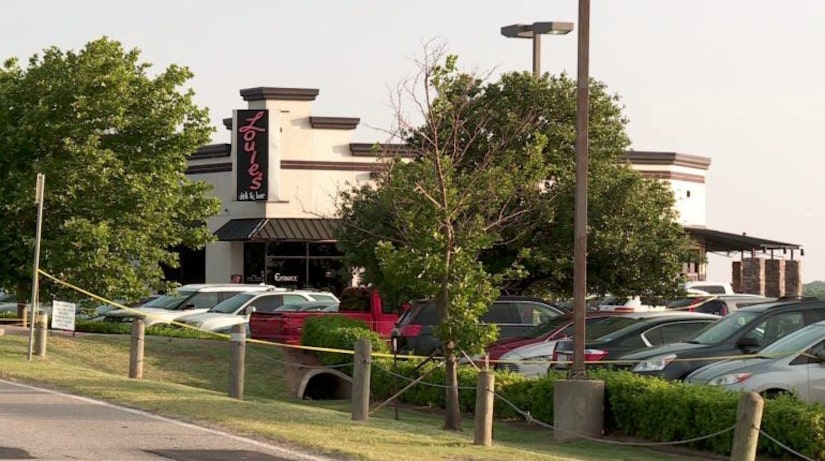 OKLAHOMA CITY -- (WGN) -- A man armed with a pistol walked into an Oklahoma City restaurant at the dinner hour and opened fire, wounding two customers, before being shot dead by a handgun-carrying civilian in the parking lot, police said.

The shooting happened around 6:30 p.m. Thursday at Louie's On The Lake, a restaurant on Lake Hefner.

A woman and a female juvenile were undergoing surgery for gunshot wounds but apparently “are going to survive,” said Capt. Bo Matthews, a police spokesman. A man suffered a broken arm while trying to escape the shooting.

A family member told KOCO-TV that her daughter and 12-year-old granddaughter were shot while entering the restaurant for the girl's birthday dinner. Authorities have not identified the injured patrons.