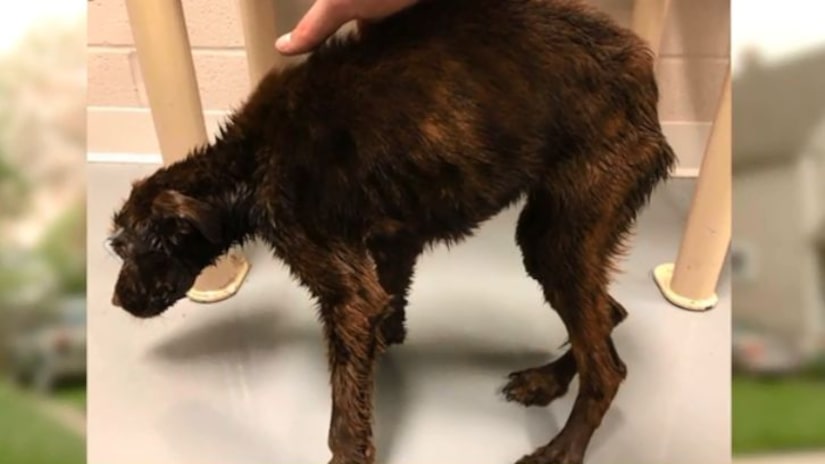 NEWBURGH HEIGHTS, Ohio -- (WJW) -- Police body camera video shows what officers saw when they arrived at a home on East 55th Street in Newburgh Heights on May 19.

The video shows a dog, named Brownie, struggling to walk and looking very malnourished. The officer can be heard saying the dog was having a difficult time standing.

The next day officers returned to the home and arrested Jasmine Bryant, 28, on felony animal cruelty charges.

Police also found another dog in the back yard of the home. Officers said the dog was also malnourished and had no food.

Bryant told officers she works two jobs, is often at work 18 hours a day and thought her two children were feeding the dogs. Officers said Bryant's children are 6 and 10, and she is the one who is responsible for feeding the pets.

“She should never be allowed to have pets,” said Newburgh Heights Police Chief John Majoy. “This was awful.”