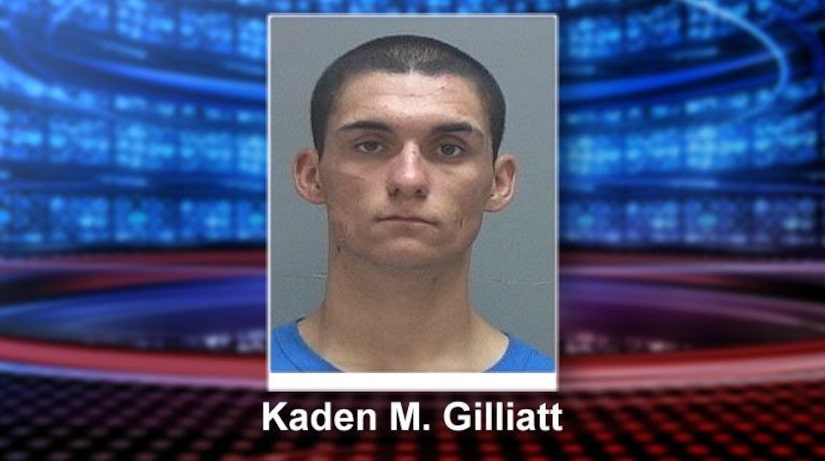 MIDVALE, Utah -- (KSTU) -- A man has been charged with murder in connection with a shooting in Midvale in August of 2017, and police say phone records from the jail show the man attempted to coordinate a false alibi.

The case began in August of last year when police responded to the area of Monroe Street and Columbia Drive in Midvale and found 21-year-old Jordan Burtell Moulton deceased at the scene.

According to court documents filed Tuesday, Kaden Michael Gilliatt is charged with murder (gang), possession of a firearm by a restricted person and obstruction of justice.

A statement of probable cause indicates that Gilliatt and Burtell are members of rival street gangs and that Burtell had “clothing consistent with gang affiliation and there was a matching bandanna in his hand” at the time he was shot.

Police say an anonymous tip indicated Gilliatt was involved in the crime, and police listened to recorded calls from the Salt Lake County Jail made January 11, 2018.

In those calls, police say the suspect can be heard asking a woman to be his alibi and tell police she was with him the night of the murder. The man asked her to locate another acquaintance and tell her to be his alibi. Police spoke with the women involved in the following months, and all confirmed they were not with Gilliatt that night.