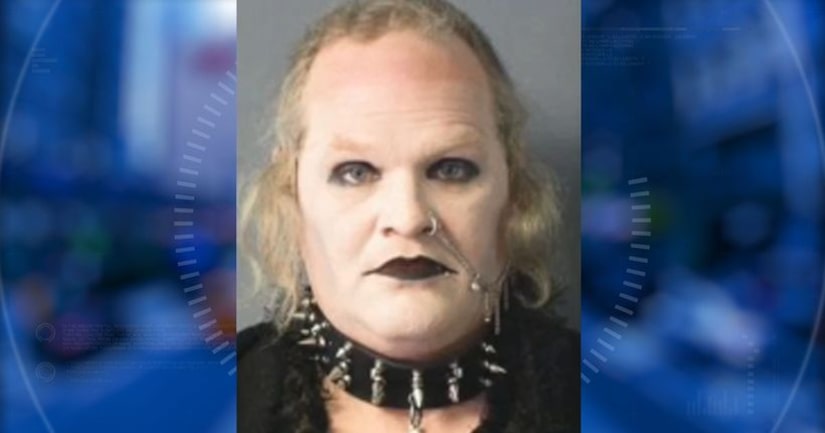 Mt. Morris, N.Y. -- (WHAM) -- He served 13 years in prison for sexually abusing a five-year-old child. A registered Level 3 sex offender living in Livingston County is back in jail for placing ads on Craigslist.

Terri Havens is accused of violating the conditions of his parole. He has a distinctive look and way of dressing. The woman who responded to his ad knew right away who he was and called police.

Havens is classified as the most dangerous level of sex offender. The Mount Morris police chief says Havens keeps to himself, yet he hasn't exactly been living in the village in secret. "The way he dresses draws a little attention to himself - in fact it draws a lot of attention to him," said Chief Kenneth Mignemi.

When Havens posted the ad looking for a personal aide, the woman who responded recognized his name. She called police and filed a complaint. She told 13WHAM News she did not want to be interviewed.

Chief Mignemi said the motivation behind the ad is unclear. "I know him - I've never been to his place, but I don't know what type of personal aid he would need. He seems to be in good physical condition," said Chief Mignemi.

In the eyes of parole, the reason for the ad doesn't matter. Any access to the Internet is a violation of the terms of Havens' parole.

After seeing the post on Craigslist, parole officers conducted a search of Havens' apartment and confiscated his smartphone. He is also accused of violating his curfew.

Since the initial uproar after his release from prison, the chief says Havens has kept mostly to himself. Chief Mignemi personally meets with each Level 3 sex offender in the village every 90 days. "This is the worst you can be - a Level 3. I wanted to make sure that I had a hand in where they were and what they were doing," he said. "He really did this to himself."