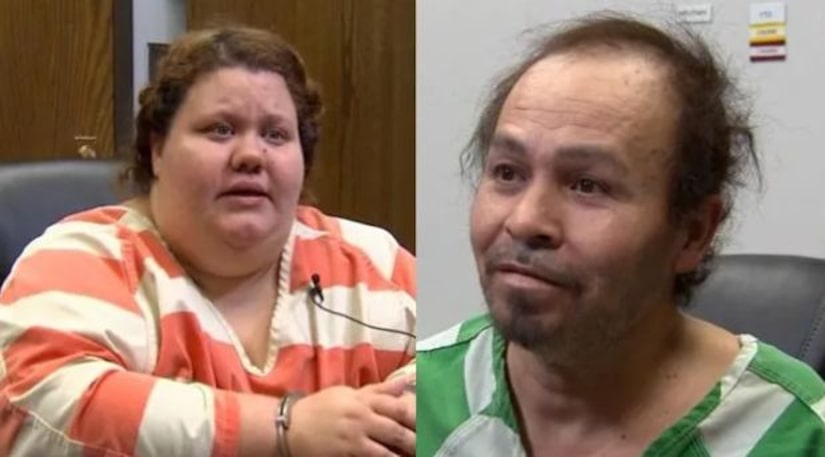 ANDERSON, Ind. -- (WXIN) -- An Anderson couple faces multiple charges of felony neglect after police say the duo locked their four kids in the basement without food, water, or a bathroom. The mother told FOX59 she is sorry for her actions but says it was her husband's idea.

“I locked my kids in the basement. I did not do it to hurt them but I was trying to do it because I did not want them to make a big mess when I was gone,” said Connie Campos.

In a jail jumpsuit and handcuffs, Campos apologized for reportedly locking her four kids in the basement of her Anderson home without food, water, or a bathroom for hours.

“I am faced with a level six felony of neglect to my kids, which I understand. I made mistakes,” said Campos.

According to court documents, Connie and her husband Javier Campos were both responsible for the abuse that deputies say went on for months. Investigators say the lockdown began when one child stole food from the house.

“It was his idea to initially start locking them in the basement and I did not think nothing wrong with it really but I should not have gone along with is so easy,” said Campos.

The kids are all under the age of 15. They told investigators the couple would lock them in the basement every single night using a large barn lock on the door.

“I did not like the basement. I did not go down there very much,” said Campos.

Investigators say the children told them one sibling who suffers from cystic fibrosis was locked in her room with a padlock. According to court documents, the kids said if they had to go to the bathroom there was a bottle and a bucket in the basement and if they were hungry, they just had to wait.

“If I could go back and change it, I would. That is the biggest mistake I have made in my life,” said Campos.

Connie's husband Javier faces molestation charges in addition to charges of felony neglect, but he denied those allegations.

“I do not want to believe it but I have to believe my kids. My kids have to come first,” said Connie.