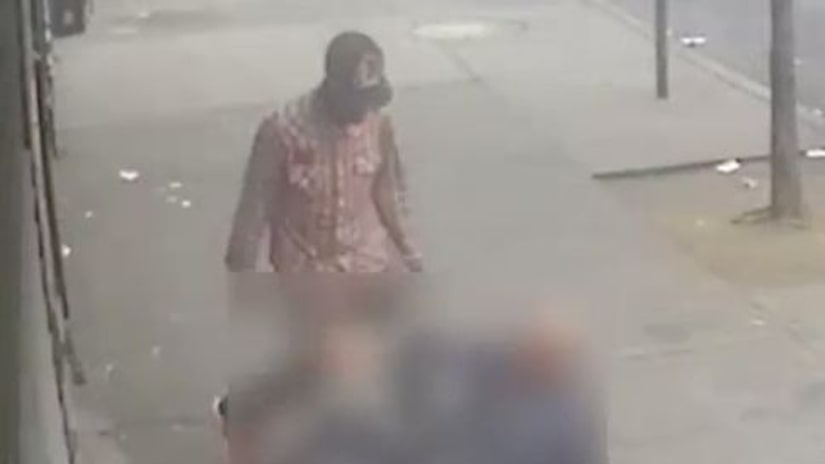 THE BRONX, N.Y. -- (WPIX) -- The NYPD released surveillance video Tuesday of a man sought in a violent assault and robbery of a pedestrian in the Bronx, police said.

This happened last Thursday, just before 8 a.m. in front of a beauty salon on Wheeler Avenue, police said.

The victim, a 49-year-old man, got into a verbal dispute with an unknown man, police said.

That is when he physically assaulted the victim, took the man's wallet, which contained a credit card, and fled the scene, according to police.

The victim was transported to the hospital with minor injuries to his face, police said.

The assailant is described as being about 40 years old, 5 feet and 7 inches tall, and about 185 pounds. He was last seen wearing a black baseball hat, a red plaid shirt and black jeans.