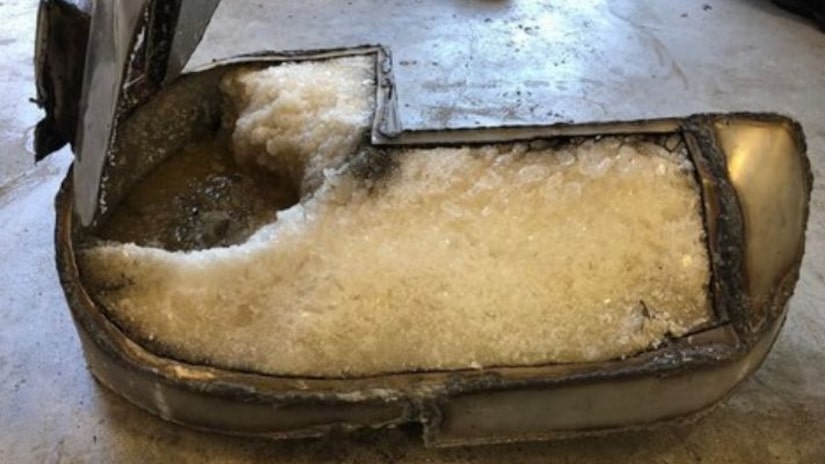 ROUND ROCK, Texas -- (KXAN) -- A Round Rock police officer and his K-9 discovered nearly $2 million worth of methamphetamine during a traffic stop last weekend.

Police say the bust happened Saturday, May 5, along Interstate 35. Round Rock police say the officer was conducting a routine traffic stop when they got conflicting stories from people in the car.

A search by the K-9 revealed the drugs were hidden in the gas tank that was modified. The drugs weighed in at 71 pounds.

Nathan Leon Fields, 36, of Alabama, was arrested and charged with manufacture or delivery of a controlled substance.

FULL STORY: $2M worth of meth found inside gas tank in Round Rock - KXAN